The history of the United States tells of the expansion of the country from ocean to ocean. American democracy is constantly a work-in-progress, aspiring to be the story of freedom and the expansion of that freedom to all of its citizens, black, white, or brown, male or female, and straight or gay. Songs have been written and sung to commemorate this history. In honor of the holiday, we share these songs that help tell the story.
– Jeff Place, Curator and Senior Archivist

Happy 4th of July from Smithsonian Folkways!
Click to play

This melody goes back to Medieval Europe, originally sung by British soldiers to make fun of the Americans and their appearance. Instead of taking offense, the Colonial Army began to sing it loudly with pride. It is song most often associated with the American Revolution.

Written by Julia Ward Howe, this song was the most inspirational one written during the American Civil War and, indeed, did become the battle hymn of the republic. It was written to the tune of “John Brown’s Body”, another song of the time.

Track 3: “He Lies in the American Land” by Pete Seeger from If I Had a Hammer: Songs of Hope and Struggle

America has been called the great melting pot. In the times from its rural agricultural beginnings to the Industrial Revolution, workers seeking freedom have come to this country and helped build the nation we have now. This is the tale of one such man.

Woody Guthrie’s masterpiece illustrates his love of the beauty of the United States and the freedom to live and grow in it. “Never will anyone stop me as I walk this freedom highway”

During World War II, soldiers came from all over the country to fight for our freedom, Northerners fought with Southerners. African Americans and American Indians fought as one army for the defeat of fascism. The feeling was one of fighting as a united front, it was hoped that the unity would last post-war.

This song was composed by a Kiowa woman about their sons going over to fight World War II. “They're all coming back now and we're honored that they fought for us, these men and women in uniform, to fight for our freedom and we're singing for joy”

Track 7: “We Shall Overcome” by The Freedom Singers from Sing For Freedom: The Story of the Civil Rights Movement Through Its Songs

Taken from an old African-American hymn, the song became a perfect tune to be sung front and center during the battle for freedom for African Americans. It is powerful song and has been adopted by other social justice movements.

The lovely “De Colores” is the theme song of the migrant farm workers who come and work the fields. It has been used by the United Farm Workers. It means “the colors”. 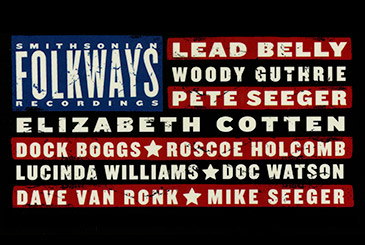