As an ethnomusicologist, musician, and former record store manager, Huib Schippers is no stranger to the Smithsonian Folkways collection. As he becomes the new Director and Curator of the nonprofit label, he constructed a playlist that demonstrates both his personal connections to the catalog and his view on the significance the recordings have worldwide. 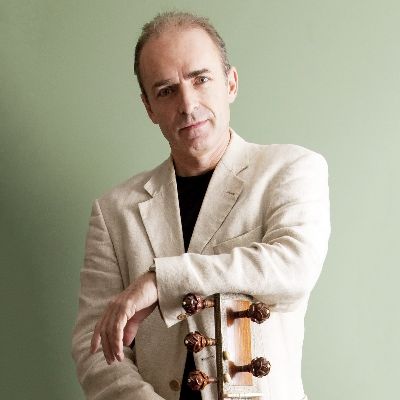 My selection begins where my musical journey around the world started over forty years ago. After growing up in a family of western classical music lovers in Amsterdam, I gradually became immersed in Indian ragas from age sixteen. It was the mid-1970s, just when the clouds of incense and cannabis had lifted sufficiently to see the beauty of Hindustani music without any illusions induced by drugs or dreams of instant spiritual salvation. As I spent twenty years learning to play the sitar with my gurus Jamaluddin Bhartiya and later the musical genius Ali Akbar Khan (which made me feel a bit like taking keyboard lessons from Johann Sebastian Bach), my appreciation of the introverted dhrupad style grew. Here, the rare raga Kamboji is performed by the legendary older Dagar brothers, Moinuddin and Aminuddin. This is music with a perfect blend between voices and the accompanying tamburas, with absolute control over structure, timbre and fine intonation, but at the same time with a total absence of the need to show off.

Track 2: Ndiza fera chuma
By Sitero Mbewe and Frank Mukweza
From Dance and entertainment songs of the Chewa and Tumbuka

One of my great delights after exploring the music of Asia was music from sub-Saharan Africa: not only the spectacular drumming traditions, but also the incredible variety of melodic structures and timbres in traditional and contemporary genres. I was particularly struck by Hugh Tracey’s many recordings of guitar music from the 1950s. The underlying traditions often resonate in rhythmic patterns, melodic lines, timbre and intonation, as the extraordinary creativity of these African musicians foreshadows the rise of Afropop giants like Fela Kuti, Miriam Makeba, and Youssou N’Dour. This song, “Ndiza fera chuma,” sung by Sitero Mbewe and Frank Mukweza from Malawi, is a wonderful example of this joyous exploration.

While Indonesia primarily comes to our ears through its great and diverse gamelan traditions, a stunning diversity of traditional and contemporary musics flourish on the archipelago of over 6,000 inhabited islands, as the series Music from Indonesia and many other recordings attest. One of my favorite genres from the island nation is the subtle tembang sunda from West-Java. The way zither (kecapi) and flute (suling) blend in this tradition, often with voice, makes it one of the most refined chamber musics of the world. This is yet another treasure one can find by exploring the monumental recent rerelease of 127 albums from the UNESCO collection through Folkways. 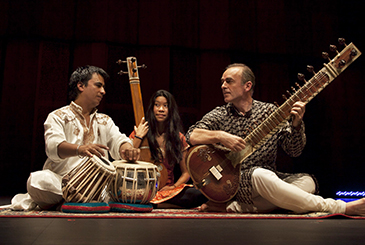 Track 4: What Did You Learn in School Today?
By Pete Seeger
From Broadside Ballads, Vol. 2

I won’t even begin to explore the wealth of great Folkways recordings from icons Lead Belly, Woody Guthrie, and Pete Seeger, which has led to major box sets on the first two, with one on Seeger in the making. I have chosen the unapologetically ironic "What Did You Learn in School Today?" by Pete Seeger, which feels like more than just another song. To me, it represents the direct, irreverent, and fearless critical attitude that is painfully lacking in so many discussions on how we educate our children, and that is arguably needed across the breadth of debate on any major topic in contemporary democracies. It also reminds me of the role and potential of music for and by children, to which Folkways has contributed enormously through the likes of Ella Jenkins and others.

One of the aspects of Folkways that appeals to me most is its role as a chronicler of US history. It has obviously done so through releasing music, and also through lifting ordinary sounds to objects of contemplation (like in the now rather surreal 1960s office sounds recording). But most fascinating is scrolling through the spoken word albums bringing to life the civil rights movement, the McCarthy era, the Vietnam protests. In this category it is hard to find something as significant as the words of Dr. Martin Luther King, Jr., including the “Keep Moving” speech and the iconic “I Have a Dream” speech from the March on Washington on August 28, 1963. Such recordings do not only hold historical value: they invite us to think of what we have achieved, and – perhaps even more importantly – what we have not achieved yet.

This 1976 recording of ca trù music made by the visionary Trần Văn Khê has special meaning to me. I not only love this tradition of subtly sung poetry accompanied by clapsticks (phac) and the lute (dan day), it inspired my research into music sustainability. By the time I heard this music in the early 2000s, it had been shunned for most of fifty years because of a perceived association with drugs and prostitution. There was effectively no performance format, no audience, no exposure, no transmission; and none of this had to do with the music itself. This inspired the idea of musical ecosystems: a complex of forces impacting on the vibrancy of any genre, whether it be opera or mariachi. Thankfully, these forces seem to be turning in favor of ca trù.

The mugam music of Azerbaijan was one of my great musical discoveries in the 1980s, when, as a music critic in a major Dutch newspaper, I wrote a rave review of the first visit of Alim Qasimov to the Netherlands after he performed in a noisy bar in the fringe program of the Holland Festival. Combining that great music making with the virtuosity of Afghan rubab master Homayun Sakhi and the sensitivity, skill, and dexterity of the Kronos Quartet leads to a striking collaboration in our recent Music of Central Asia series. Such recordings to me document the ongoing and irrepressible urge of musicians to cross boundaries, seek new horizons, and keep the excitement of musical experimentation alive for future generations.