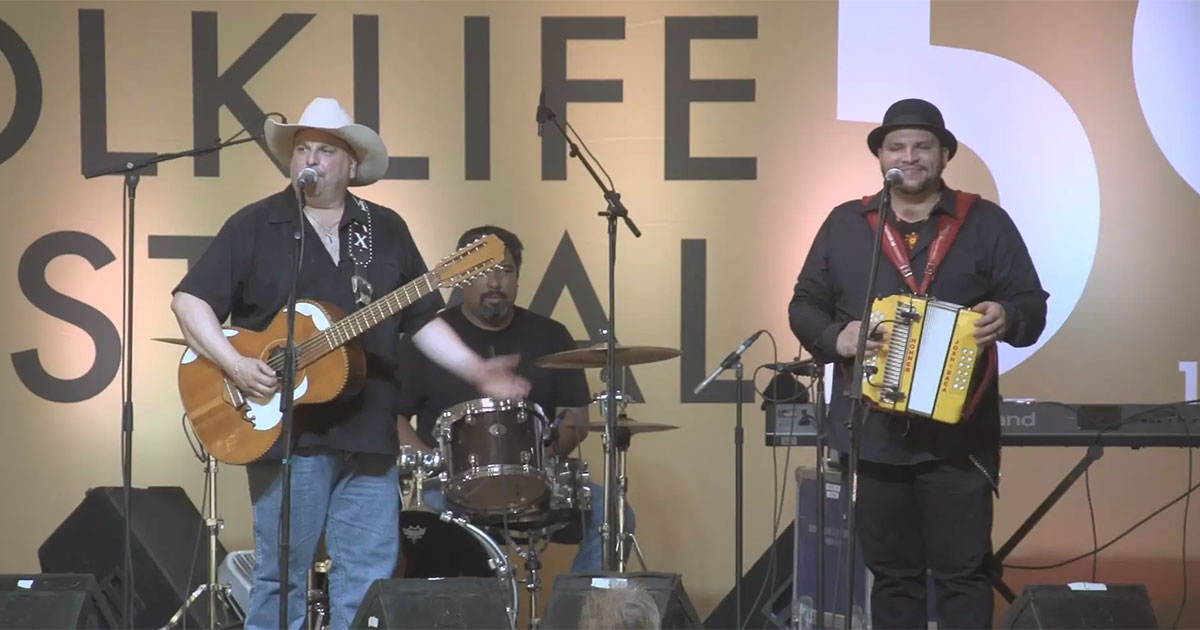 On the opening day of the 50th anniversary Folklife Festival, Los Texmaniacs took the stage to honor the legacy of the Festival’s cofounder in the Ralph Rinzler Memorial Concert. In this video, they perform the popular bilingual Tejano polka “Marina,” which appears on their 2009 Smithsonian Folkways Recordings album Borders y Bailes.

Los Texmaniacs is made up of Max Baca on lead vocals and bajo sexto, his nephew Josh Baca on button accordion, Noel Hernandez on bass, and Daniel Martinez on drums.