Between 1970 and 1985, Paredon Records released fifty albums that covered major left-wing and liberation movements on five continents during the turbulent years of the 1970s. Founded by Barbara Dane and Irwin Silber, the mission of Paredon Records was to use music as a tool to promote social and political activism. Feminists, union organizers, communists, and many other types of social activists recorded music with Paredon Records with the hope that the uplifting power of music would inspire people to be agents of social change.

Through Paredon Records albums listeners hear about the struggle for independence in Puerto Rico, the Vietnam War from the perspective of communist Vietnamese, and the feminist call for women's empowerment. Paredon Records co-founder Barbara Dane's own political music can be heard on a few albums including the 1973 recording I Hate the Capitalist System. The albums were produced with substantial booklets including sophisticated translations of songs and detailed background information providing depth and context to the material on the records. Dane and Silber took the time to solicit the help of trustworthy experts to identify appropriate material for records and to screen music to ensure that its political message fit with Paredon's mission.

A Special Relationship with Cuba

Five of the fifty albums Paredon Records produced were from Cuba. (Only the Puerto Rican independence movement, which was at its zenith in New York City at the time Paredon operated, is represented with as many albums on the label.) Cuban music and politics were very important to Dane. In fact, her participation in the 1976 Cancion Protesta Encuentro in Cuba, which joined musicians and political activists around the world, inspired her to start the record label. She maintained strong connections to the country's music and struggles, even sending her son, Pablo Menendez, to attend Escuela Nacional de Arte (National Art School) in Havana when he was a teenager. Pablo stayed in Cuba and joined Grupo de Experimentacion Sonora (Experimental Sound Collective), which recorded Cuba Va! on Paredon Records. He currently leads the widely popular Cuban roots fusion ensemble Mezcla.

A defining characteristic of all Paredon Records albums was an unflinching commitment to co-founders Barbara Dane's and Irwin Silber's vision for social change. They worked tirelessly to release unapologetically partisan, radical, and passionate recordings of singers, activists, and visionaries who dared to dream of a better world. In 1991, Dane and Silber donated the recordings of Paredon Records to the Smithsonian Institution, where they remain available to the public.

In 1991, Paredon Records founders Irwin Silber and Barbara Dane sat down with Smithsonian Center for Folklife and Cultural Heritage archivist Jeff Place to discuss why they founded the label and tell the stories behind each album. 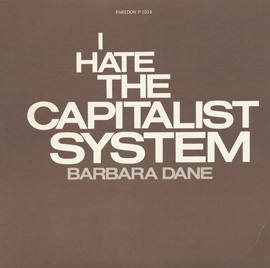 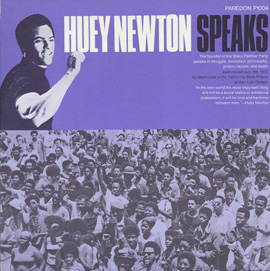 Why are the Panthers So Provocative?
Huey Newton
Audio 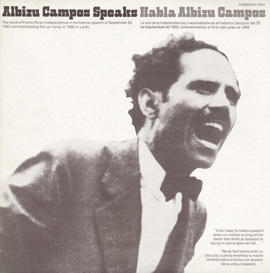 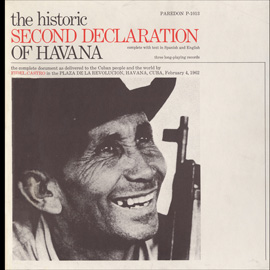 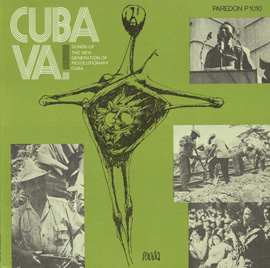 Songs of Protest
Listen to songs from left-wing movements around the world during the 1970s.