Writer Jonathan Lethem's books almost always offer a lesson in the pop culture of their place and time, even while his characters can straddle the line between parody and dead-on representation. In his latest novel, Dissident Gardens, Lethem chronicles his family history while bringing to life the world of the American Communist Party and the Greenwich Village folk revival.

He includes real-life participants in the Village scene such as Rev. Gary Davis, Dave Van Ronk, and Burl Ives, and fictional characters that closely mirror actual folk. (Character Tommy Gogan, for example, bears a strong resemblance to one of the Clancy Brothers.) Dissident Gardens thus becomes rich with musical references, so many of them to Smithsonian Folkways artists. 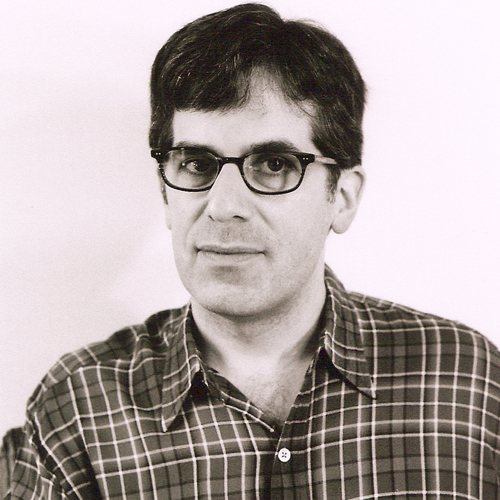 An Introduction to A Dissident Gardens Audio Companion

When I began writing Dissident Gardens, five years ago, I knew—well, in truth, I knew nothing, I had everything still to discover about what my subconscious intended by choosing as my subject the particular time periods and neighborhoods and characters I did.

Still, I did have an inkling that a pathway into the book lay in my parents' record collection. There tends to be a lot waiting for me on the other side of that particular portal. Once I'd gotten into the writing of the book, I grasped that my attraction to the subject of the late-'50s/early-'60s Greenwich Village folk scene, and in particular some of its least-remembered characters and episodes, represented a kind of microcosm of what I felt about the American Left, and the American Communist Party in particular.

That's to say, that in more-or-less forgotten subcultural communities of social belief and social practice lay an image of a lost American life, a lost American possibility—one no less meaningful to me in recollection for its occasional absurdity, eccentricity, and provinciality, or for its overall fragility.

Temporary utopias move me deeply; they're the only kind we ever get. The "folk scene" that I'd learned of, first from my own mother's eyewitness and participatory accounts, then by savoring biographies of people like Richard Farina and Phil Ochs, and memoirs by Suze Rotolo and Dave Van Ronk—a scene always, of course, given vibrant emotional flesh by my listening to the music itself—was destined to be dissolved in the rancor of ambition and recriminations, and then ultimately obliterated by the ascension of rock 'n' roll.

Yet it also remained a "thing" that wasn't so far out of reach, a place you could go back to, because it hadn't actually ever gone away. These paradoxes spoke to what confused and stirred me about the world of my parents' culture, and their political lives.

When the book was published, and Smithsonian Folkways got in touch, the contact seemed as natural as William Faulkner's legendary utterance: "The past isn't dead. It isn't even past." I'm grateful for this chance to suggest a few of the most obvious soundtracks for listening to in the background while you read the novel (or ignore the novel, and just listen; that's fine too).

“If I Had My Way”
Rev. Gary Davis
ALBUM Hootenanny at Carnegie Hall

“There's Destruction on This Land”
Rev. Gary Davis
ALBUM If I Had My Way: Early Home Recordings

“Georgie on the IRT”
Dave Van Ronk
ALBUM Down in Washington Square: The Smithsonian Folkways Collection

“The Delinquent”
Malvina Reynolds
ALBUM Another County Heard From

“Kill for Peace”
The Fugs
ALBUM The Best of Broadside 1962-1988: Anthems of the American Underground from the Pages of Broadside Magazine

“Sail Away Ladies”
Spider John Koerner
ALBUM The Mississippi River of Song: A Musical Journey Down the Mississippi