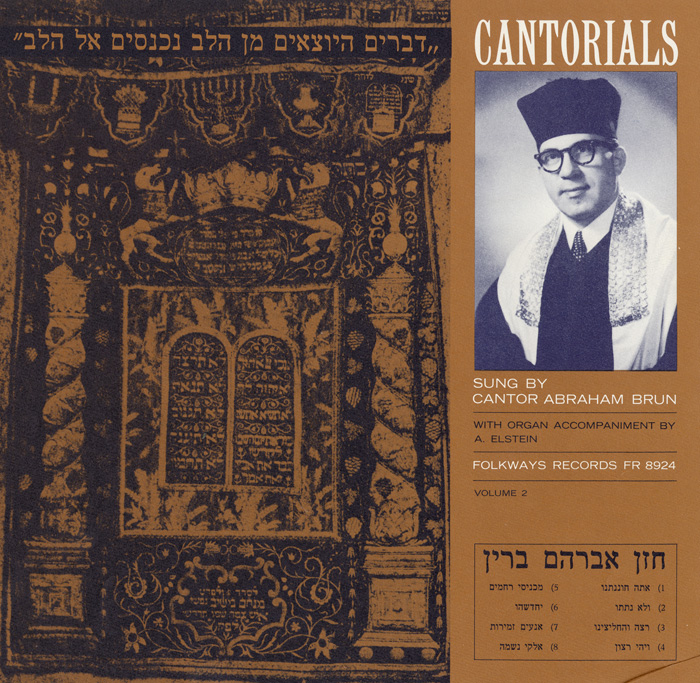 Cantorials are musical settings of prayers and other liturgical selections used in Jewish services and sung by the cantor, often with elaborate embellishments and flourishes. Although singing is traditionally unaccompanied during Orthodox Jewish services, an organ often provided accompaniment for cantorials when they were performed outside of services or on recordings, including this one.

Abraham Brun (1909–1998), a cantor in Poland who immigrated to the United States after World War II, became cantor of Temple Beth-el in Long Beach, New York. In addition to his cantorial background, he had received classical vocal training in Vienna.

Liner notes provide biographical information about Cantor Brun plus the lyrics of the cantorials in both Hebrew and English.