Puerto Rico: Como el Filo del Machete: Like the Edge of the Machete 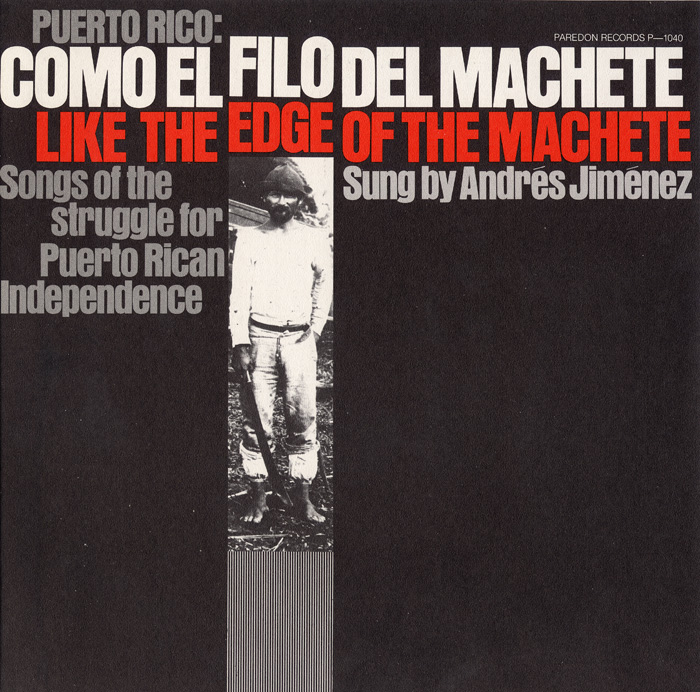 Issued in 1978, Puerto Rico: Como el Filo del Machete (Like the Edge of the Machete), by Andres Jimenez, contains a culturally rich mix of songs on the Puerto Rican struggle for independence. In the artist’s own words he states, “I use traditional music forms because I believe that it is easier for new ideas of change to be accepted when they are represented in forms people know to be their own.” Liner notes background information about each song with the lyrics printed in English and Spanish.