Bertolt Brecht before the Committee on Un-American Activities: An Historical Encounter, Presented by Eric Bentley 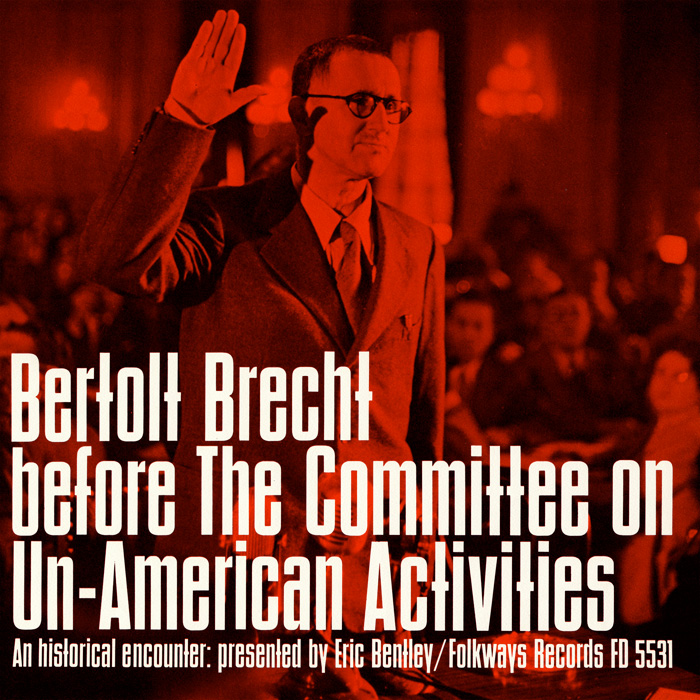 View Cart Custom CD $16.98
View Cart Digital Download $6.98
This recording captures the 1947 testimony of German author and playwright Bertolt Brecht before the U.S. House of Representatives Un-American Activities Committee (HUAC), which sought to uncover alleged Communist activity. Though fragments of the hearing had been previously broadcast, and the transcript had been printed by the government, this 1961 release marks the first time the entire encounter was released to the public--and perhaps the only recording of Brecht speaking in English. The album includes commentary by Eric Bentley, a theater critic and one-time Harvard professor considered a Bertolt Brecht expert. The liner notes include an introduction by Bentley and complete transcript of the recording.