Songs from The British West Indies 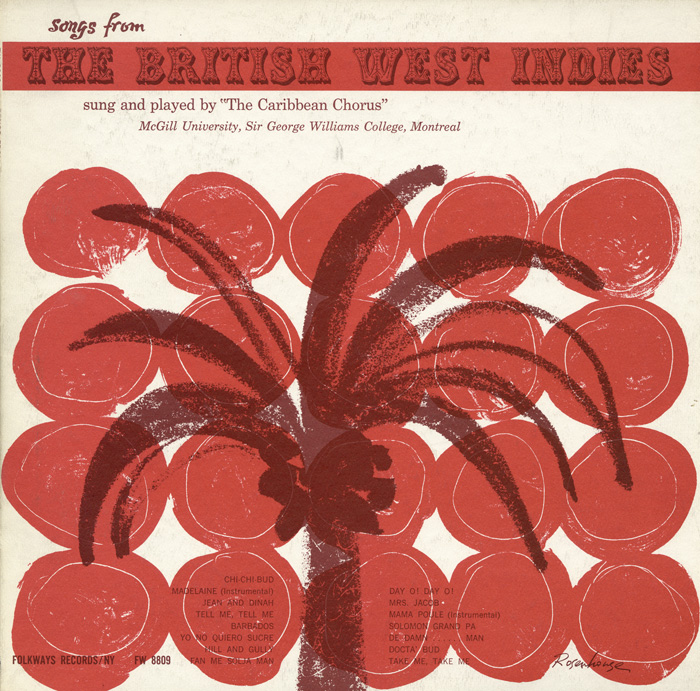 In 1956, a group of ambitious students from McGill University and Sir George William’s College (now Concordia University) performed West Indies–style folk music for a university function. The group was so successful that they created the Caribbean Chorus, which catered to off–campus audiences and was the counterpart to the university–sponsored West Indies Society. In B.W.I. (British West Indies) Songs, the chorus sings folk tunes and labor songs influenced by Caribbean, South American, and calypso styles. Liner notes include a first–person account by the manager of the group’s formation and the historical background of each piece.