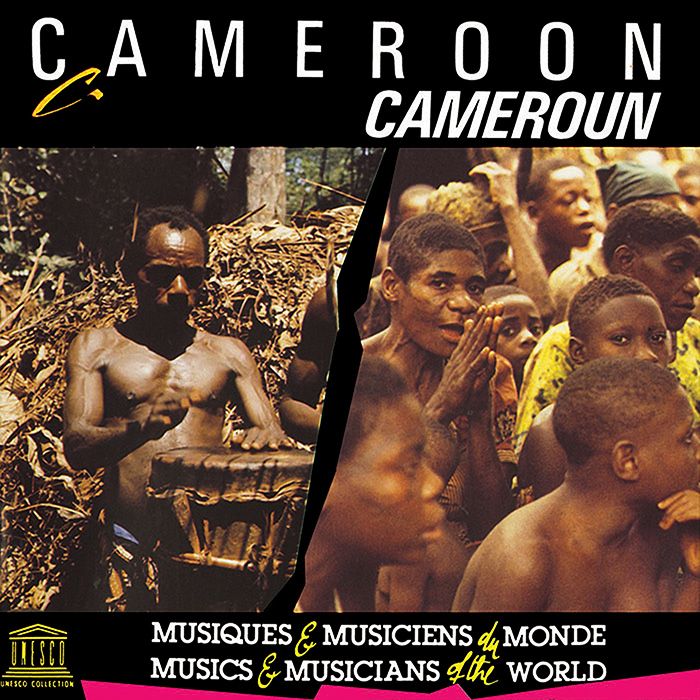 View Cart Custom CD $16.98
View Cart Digital Download $9.99
The Baka people inhabit the rain forests of Cameroon, the Republic of the Congo, the Central African Republic, and Gabon. Outcast from neighboring societies due to their short stature and nomadic lifestyle, the Baka have retained their own language and ancient forms of cultural expression. Baka music is similar to other pygmy ethnic groups’ music around Africa, signified by polyphonic vocal choirs, with several melodies sung simultaneously, and polyrhythmic percussion. The “singing the song” is done by the women, while the men “march the song” (dance). The only musical accompaniment is percussion consisting of simple drums, rattles, and iron blades struck against each other. This mid-1970s recording was made by Simha Arom and Phillipe Renaud. Arom, a noted expert on the music of central Africa, also co-wrote the liner notes. In addition to this album, Arom’s recordings are featured on more than a dozen other albums in the UNESCO Collection of Traditional Music, including Musical Sourcesand Symphony of Nature.