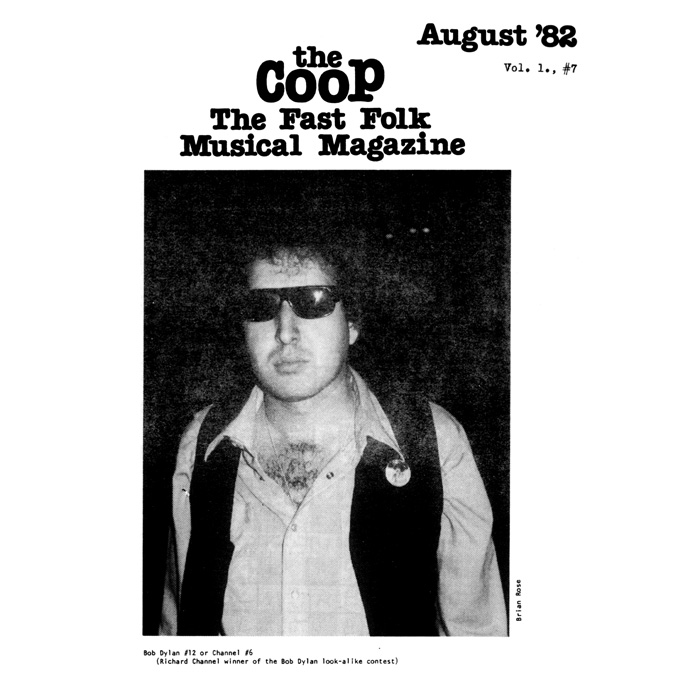 The mission of Fast Folk Musical Magazine (1982–1997) was to support folk singing and folksingers in the New York City area. The highlight of this collection of 12 songs is a spot-on version of Bob Dylan’s “Talking World War III Blues” sung by Bob Dylan Imitator #26 and recorded live at the Speakeasy, a Greenwich Village folk music club. Other performances of note are provided by Lucy Kaplansky (“Open All Night”), Willie Nininger (“Yippie-I-O”), and Constance Taylor (“Daddy’s Paddy Wagon,” a young woman’s daydream of being naughty). The recording includes a 32-page issue of the CooP magazine.