Summary:
The Mirembe Kawomera Coffee cooperative in Uganda is a movement designed to promote the sale of Ugandan coffee, but also to unite several culture groups, including Christians and Muslims, to promote a common cause of world peace. ‘Mirembe’ means ‘peace’ and ‘kawomera’ refers to the high quality nature of the coffee that this co-op sells. As part of the world peace movement, members of this co-op came together to record a musical album. This lesson explores much of the music that is found on this album. 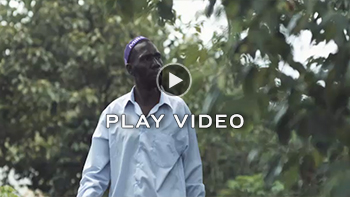 Lesson 2: “Let All Religions Come Together” 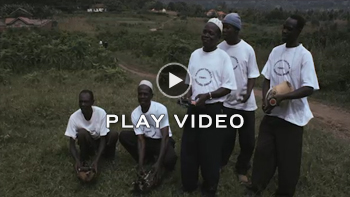 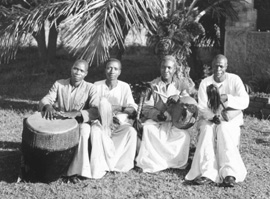 “Abatuga abagalana”
from Songs with endongo bowl lyre and a humorous song with drums from the Ganda of Buganda district (Central Province), Uganda (1950) | ILAMTR136B

Lesson 3: “In Uganda, Everyone Grows Coffee”

Abatuga abagalana
Songs with endongo bowl lyre and a humorous song with drums from the Ganda of Buganda district (Central Province),Uganda
Folkways Suggests
Join our email list for the latest news from Smithsonian Folkways Recordings
Click to Join