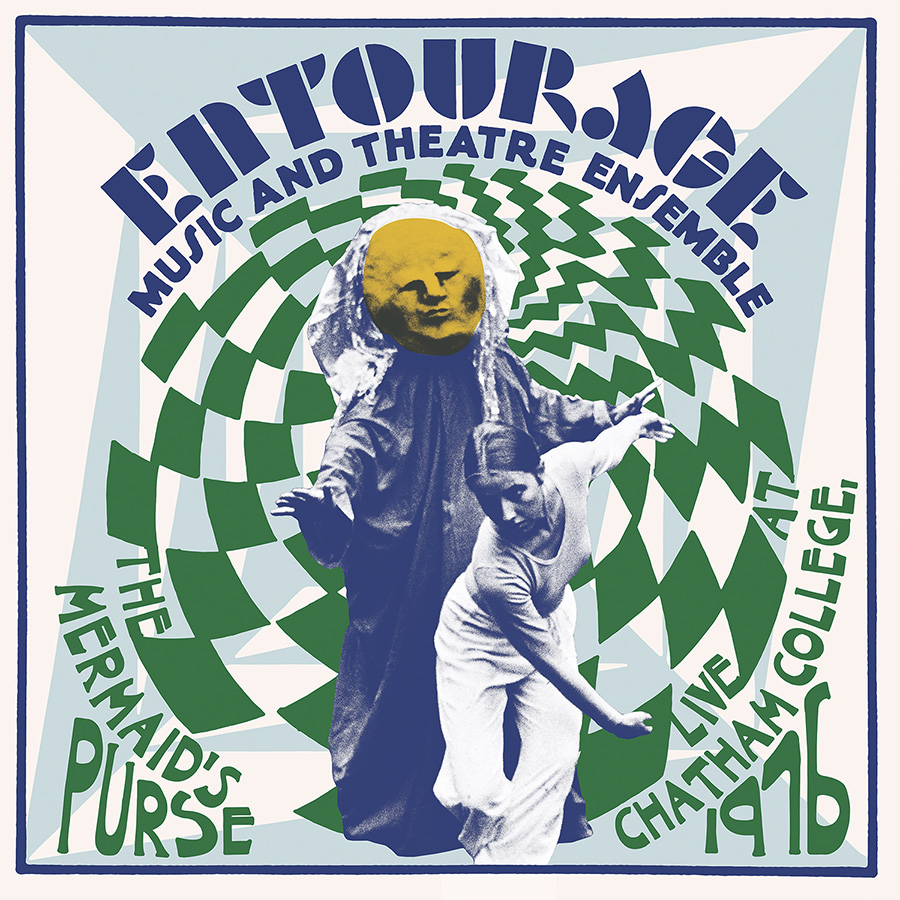 In 1976 the Entourage Music and Theatre Ensemble reached a creative zenith. The nomadic troupe had just released The Neptune Collection, its iconic second album for Moses Asch’s Folkways Records, and decided to present the music to audiences across the rust belt in its most miasmic, elemental form. Extended stretches of full-group improvisation mingled with folk-tune like melodies during these performances, which featured multiple dancers spontaneously interpreting the music, at times in elaborate costume. Like contemporaries Popol Vuh, Sandy Bull, and Don Cherry, Entourage fused jazz and strains of traditional music from around the world to form a singular, kaleidoscopic vision of musical liberation. The Mermaid’s Purse: Live at Chatham College 1976 is the most complete, best-preserved audio recording of these performances, featuring music from across the Entourage catalog. It is being released for the first time 45 years after its recording, and features liner notes by lone surviving member Wall Matthews.