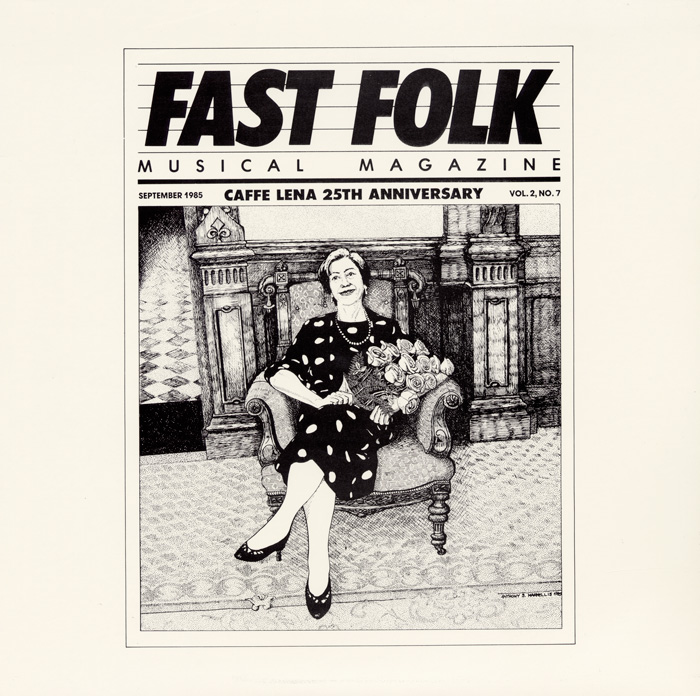 According to its Web site, Caffè Lena, which opened in 1960 in Saratoga Springs, NY, is widely recognized as the oldest continually running coffee house in the United States. It has served as an important venue for American folk music and emerging and established folk musicians. In 1985, Fast Folk Musical Magazine traveled to Saratoga Springs to record the cafè’s 25th anniversary concert. Performers provided a rainbow of folk music styles ranging from a cappella to instrumental and from traditional to modern. Headlining the concert was Pete Seeger, who led a sing-along of “Somos El Barco/We Are the Boat.” The brothers Happy and Artie Traum on acoustic guitars sang “The Hungry Dogs of New Mexico,” the St. Regis String Band performed a spirited “Texas Gals (Grey Cat on a Tennessee Floor),” and the a cappella group Crossover sang the traditional English folk song “Byker Hill.” The liner notes include an extended article on Caffè Lena and song lyrics.