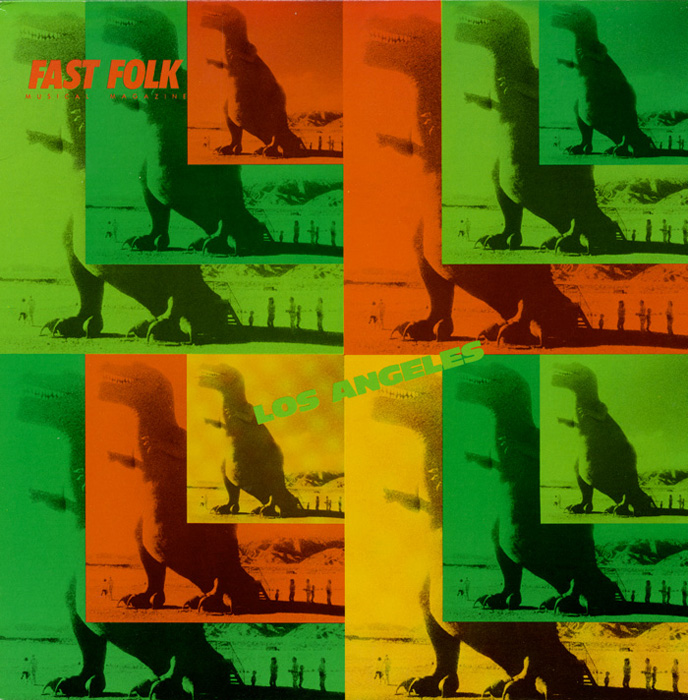 This issue of Fast Folk Musical Magazine travels to Los Angeles. In an essay for the magazine, Los Angeles Times music critic Steve Hochman suggests that the acoustic music scene in LA during the late 1980s was “a marking of the simultaneous ending of a musical cycle and the beginning of new one.” The music in this collection reflects that assessment, with selections ranging from acoustic pop to acoustic country and lots of modern folk songs filling out the set. Emerging West Coast musicians on this recording include Peter Case, previously with The Plimsouls, his future wife Victoria Williams, singer and music producer Marvin Etzioni, Joyce Woodson, and Milo Binder singing an early performance of “New Toys.” A 20-page facsimile of the magazine is included.