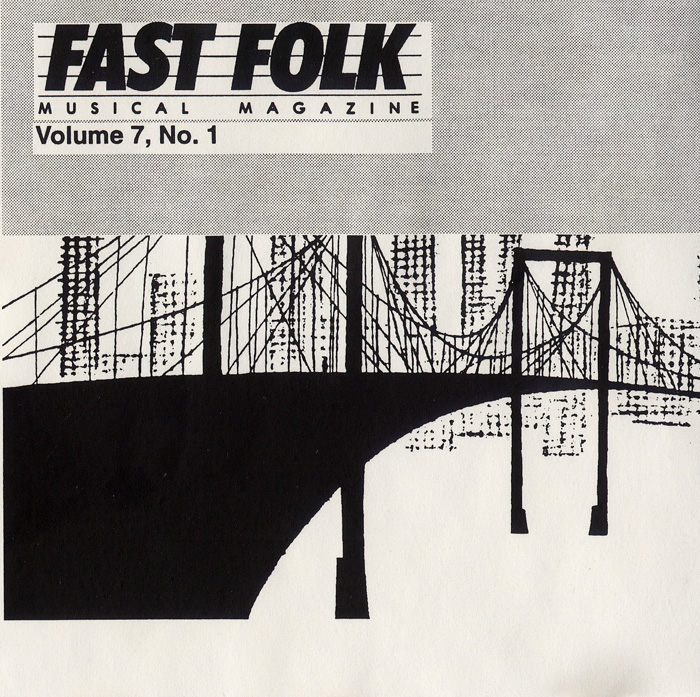 Ludwig van Beethoven (or at least his music) makes a rare appearance in this edition of Fast Folk Musical Magazine: Beethoven’s “Ode to Joy” plays in the background as Brian Rose sings his lament about the world’s problems. Also in this edition are veteran performers Jack Hardy (“The Zepher”), Wendy Beckerman (“I Have Dreamed”), and Richard Meyers (“Anonymous Fame”), newcomers Katy Clements (“Blood”), Ansel Matthews (“This Heart of Mine”) and Margo Hennebach (“It’s a Hard Life”) and Nicholas Samaras reading his poem “In the Shell of a City Cathedral.” David Hamburger sings of the pleasures of coffee (“A Little Caffeine”) and can be heard playing dobro on several other tracks. A facsimile of the magazine is included.