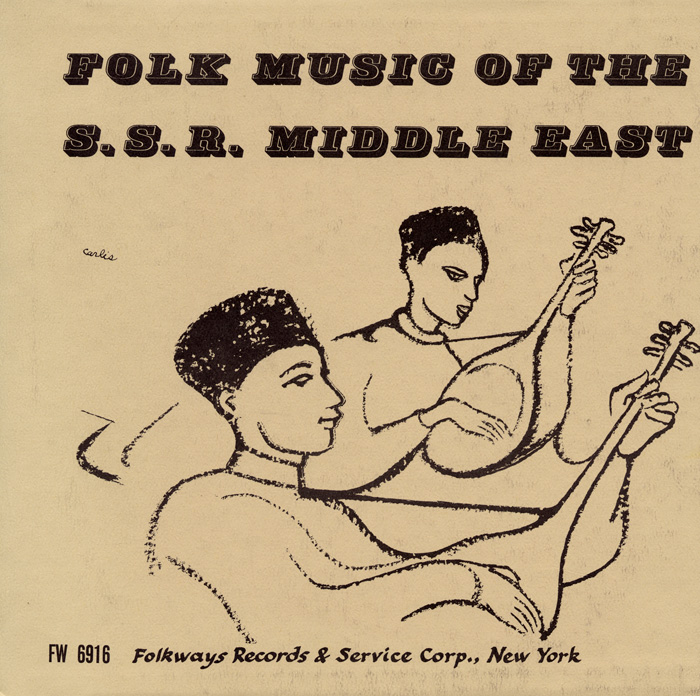 Released in 1956, this album focuses on three republics of the former Soviet Union, all now independent countries: Azerbaijan, Kazakhstan, and Tajikistan. Extending from Turkey all the way to Tibet and China, these diverse regions nevertheless have a unique character that, according to ethnomusicologist Henry Cowell, "differentiates their music from that of any other part of the world." He describes the music as containing an "incisive fervor and intensity with practically no let down from beginning to end, both in singing and playing." Songs are performed by traditional musicians who have learned their repertoire from older masters—without musical notation. Nevertheless, Cowell offers his own notated analysis in the liner notes to the album, along with translated lyrics and detailed descriptions of featured instruments.