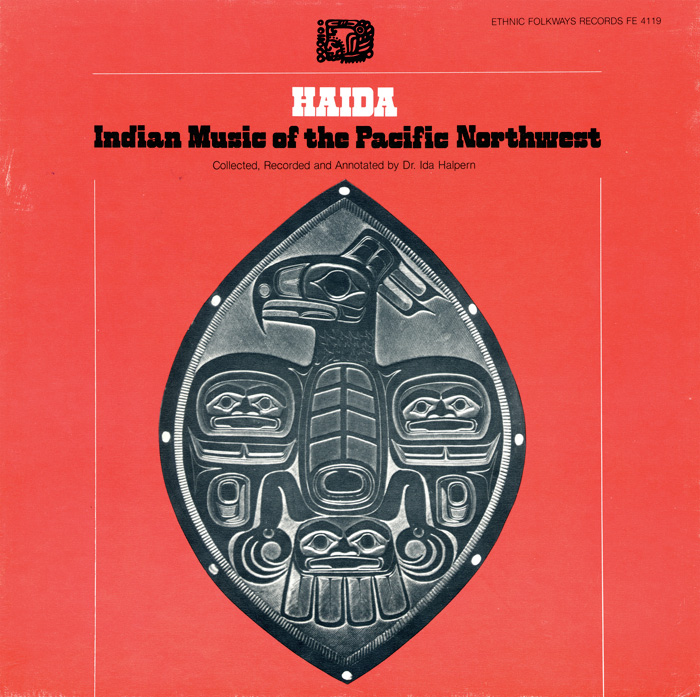 View Cart Custom CD $21.98
View Cart Digital Download $19.98
The music of the Haida tribe in the Pacific Northwest is shrouded in secrecy from outsiders, largely as a response to their visual art being exposed by European missionaries in the 19th century. As a result Haida elders sought to protect their music from western influence. Haida songs are constructed of a unique speech-vocal style and foundation tones which tell the story of each piece and direct each ritual. Musicologist Ida Halpern collected a number of recordings of Haida songs from tribespeople eager to keep their heritage alive and was the first scholar of native music of this region. This album contains songs about love, celebration, war, drinking, and dialogue between Halpern and the singers. Liner notes include musical analyses of each song, as well as interviews with artists involved in the project.