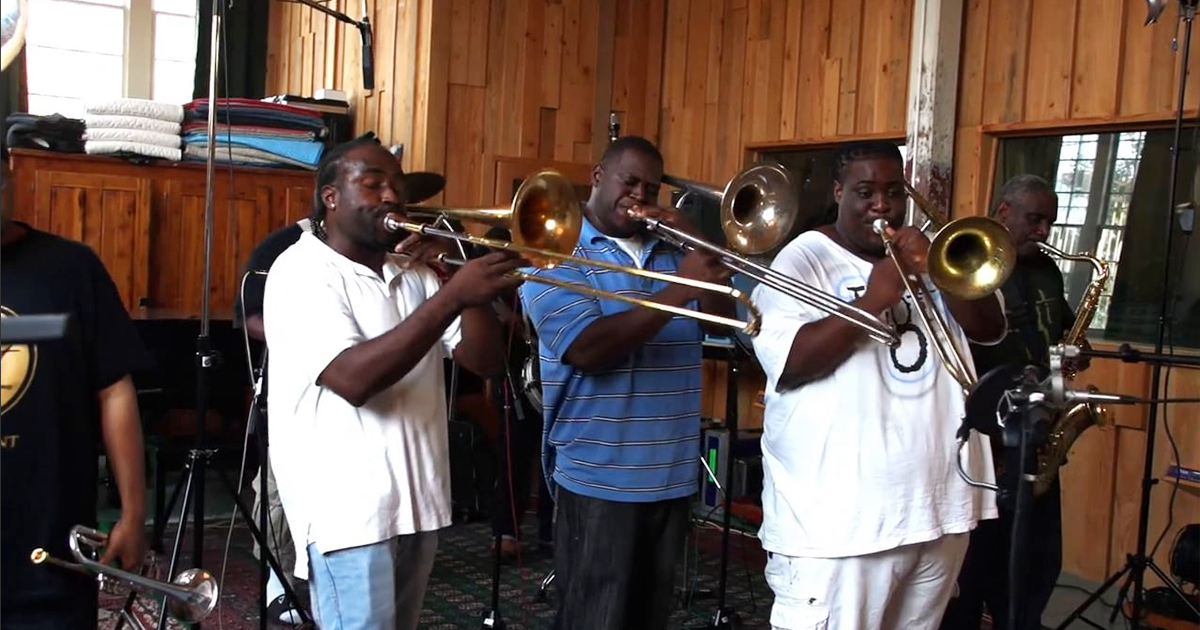 For the past 15 years, Hot 8 Brass Band has been one of the most popular and visible funk-style brass bands in New Orleans. Like most of the younger bands, Hot 8’s style blends influences from the Dirty Dozen and Rebirth, with elements from contemporary rhythm & blues, rap, and its local variation, “bounce.” Merging out of two former Fortier High School Groups, the members of Hot 8 grew up together and maintain strong, family-like ties.

While Hot 8 has seen both local and international success and acclaim, they have also experienced serious tragedy. Four original members of the group lost their lives due to street violence and illness, and the band was displaced and scattered across the country during Hurricane Katrina. Upon returning to the city, the band regrouped and continues to maintain a heavy touring schedule, as well as a regular residency in New Orleans.

Hot 8 Brass Band is featured alongside Liberty Brass Band and Treme Brass Band on the upcoming release New Orleans Brass Bands: Through the Streets of the City. Listen to a sneak preview here and read more about the album here.