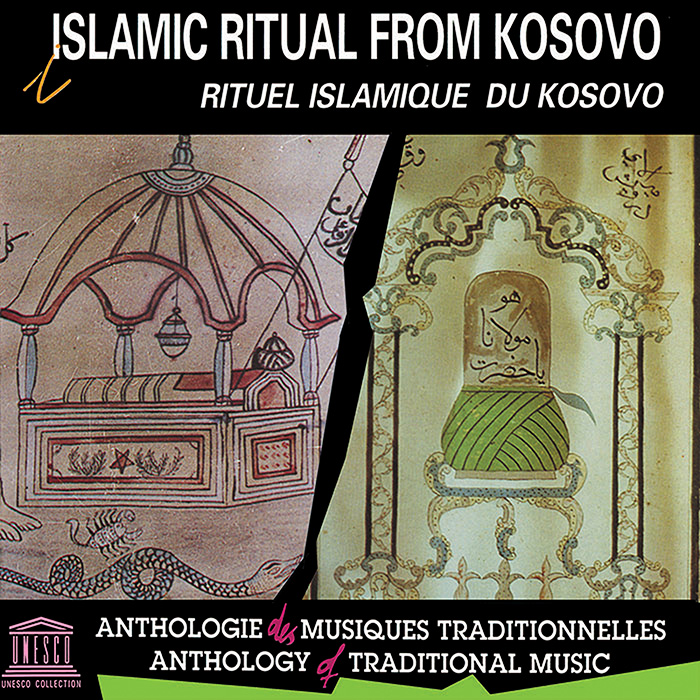 This recording presents extracts from two zikr rituals performed by members of the Rufa’i brotherhood, a Sufi order created in the 12th century by Ahmed ar-Rifa’i. The practice of the zikr is an Islamic devotional act and is a process of inner concentration and of deepening the self, an attempt to prepare oneself to receive an influence of a divine nature based on the repetition of the name of God. The liner notes recommend that the Rufa'i ceremony should be listened to “in a state of the greatest possible psychosomatic relaxation, and the musical and rhythmic proportions should be given free play.”