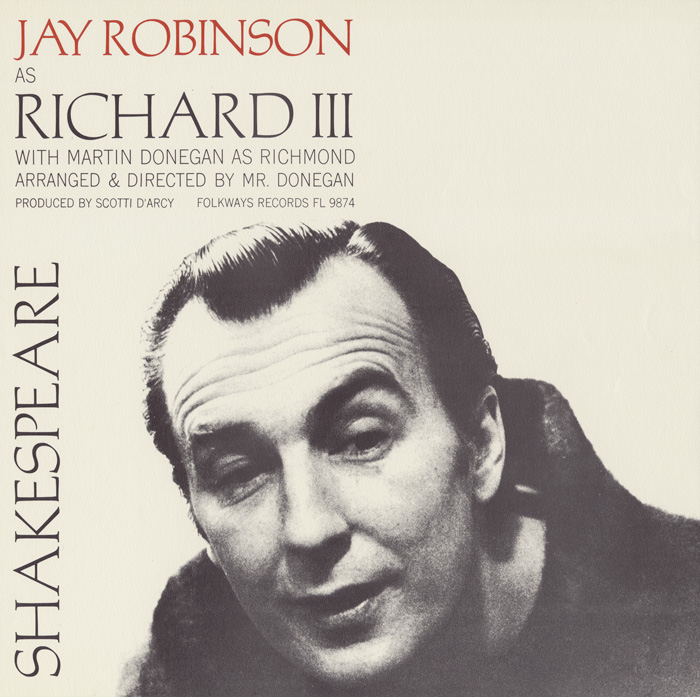 View Cart Custom CD $16.98
View Cart Digital Download $9.99
“A horse! A horse! My kingdom for a horse!” Thus American actor Jay Robinson (1930-2013) ends his recreation of Richard III in this recording of William Shakespeare’s history play Richard III. Robinson performed the title character and many other male Shakespearean characters throughout his acting career. Martin Donegan, who arranged this recording, is heard as the character Richmond, soon to become King Henry VII. Among the well-known speeches from the play recited for this recording is the “Winter of our Discontent” soliloquy. The transcript of the recording is included in the liner notes.