The Jewish Immigrant Experience in America 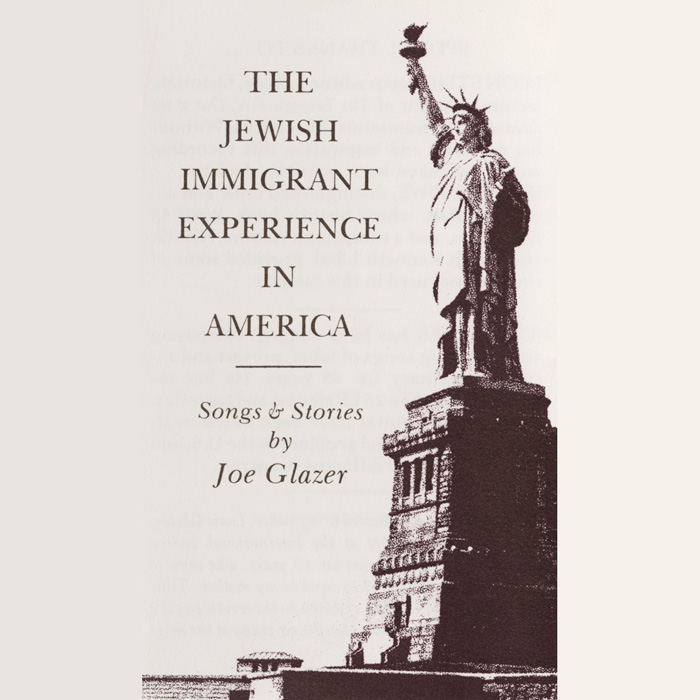 Joe Glazer’s musical efforts on behalf of workers and union struggles earned him the nickname “Labor’s Troubadour.” In 1970, he founded Collector Records, primarily to produce records supportive of the struggles of working men and women.

In this 1981 recording before a live audience, Joe commemorates the centennial of the beginning of the mass migration of Jews from Russia to America. Combining narration and song (in Yiddish and English), he tells the story of these immigrants’ experience in America, with an emphasis on the plight and struggles of immigrant workers. The songs range from Yiddish folk songs to union anthems to "Mene, Mene, Tekel" from the hit union musical of 1937, Pins and Needles.

The liner notes provide information about each of the soundtracks.