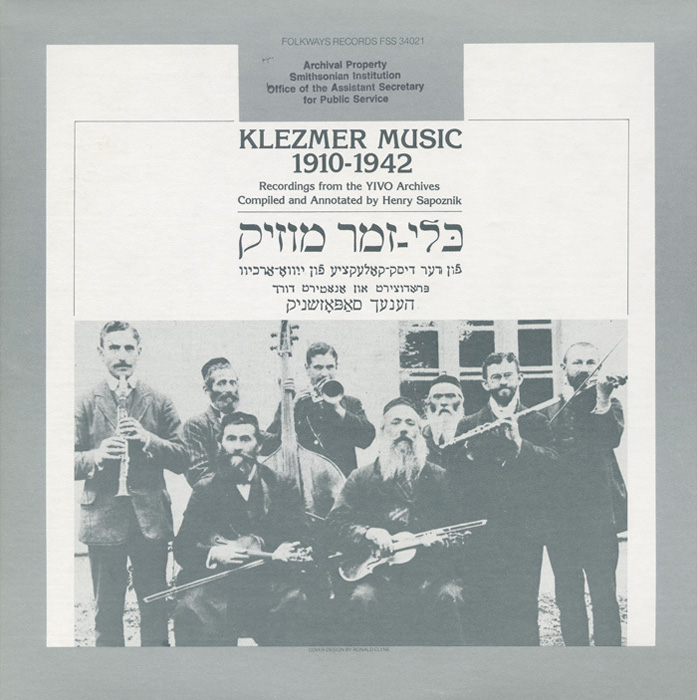 The traditional instrumental music of the Jews of Eastern Europe, referred to as "klezmer," can be traced to the Middle Ages, was brought to the U.S. by immigrants in the late 1800s–early 1900s, and is widely popular today. The primary instruments are clarinets, fiddles, various brass instruments and the tsimbl ―a variant of the hammered dulcimer.

Henry Sapoznik, an authority on klezmer music as well as a prominent klezmer musician, compiled and annotated this album. The collection consists of commercially recorded songs from 78 rpm records from New York City between 1910 and 1942, taken from the YIVO Archives. In his liner notes, Sapoznik discusses klezmer 's European background, its interaction with the American musical world (especially jazz), and the era in which the recordings were made.