Satchmo at the National Press Club: Red Beans and Rice-ly Yours 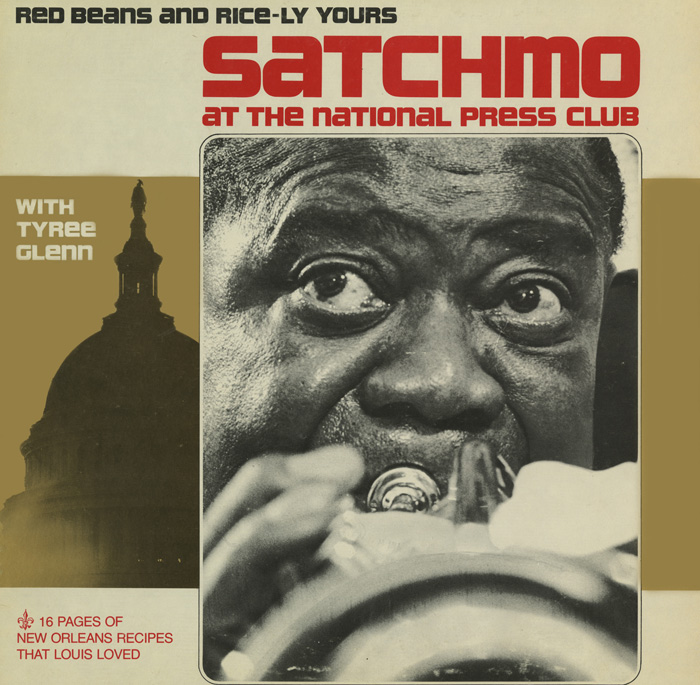 View Cart Custom CD $16.98
View Cart Digital Download $9.99
Jazz icon Louis Armstrong, always the consummate entertainer, turned a 1971 award ceremony at the National Press Club in Washington DC into an impromptu performance—despite recent poor health. It was one of his last concerts before he passed away 5 months later. Joined by longtime band-mates Tyree Glenn and Tommy Gwaltney, Armstrong shows no signs of frailty while singing, and to everyone’s surprise, playing trumpet on classics including “Mack the Knife” and “Rocking Chair.” The recording was originally a limited vinyl release by the National Press Club in 1972. Armstrong often signed letters “Red Beans and Rice-ly Yours,” which makes for an apt title for the recording especially since his favorite recipes—everything from Louisiana Caviar to the Sazerac—are included in the liner notes, as they were in the original pressing. 11 tracks, 58 minutes.

This recording was produced in collaboration with The National Press Club and The Louis Armstrong Educational Foundation.