My Life in Recording: Canadian-Indian Folk-Lore 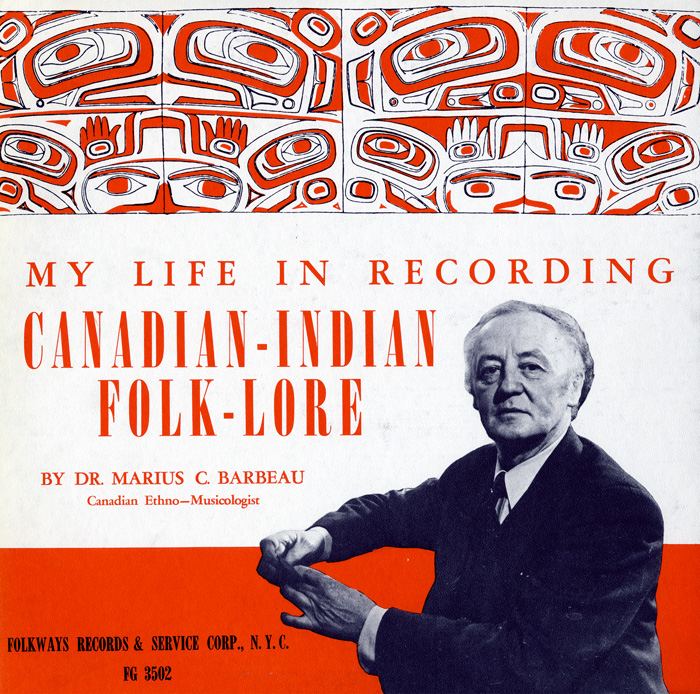 On this 1957 release, recorded while he held a Guggenheim Fellowship, Canadian ethnomusicologist Dr. Marius Barbeau (1883–1969) shares the seminal events of his life, from boyhood to folklorist of Canada’s First Nations peoples.

Interspersed with his own renditions of First Nations songs, Barbeau tells stories of his early experiences with the Indigenous communities in Canada whose narrative and musical traditions inspired his academic career. He talks about his extensive fieldwork, recording songs of warriors, medicine men, and coastal and mountain First Nations tribes in British Columbia and Ontario, including the Nisga’a, Wyandot-Huron, and Algonquin peoples.

The liner notes include an essay by Dr. Barbeau about his fieldwork and photos of some of the people and events he discusses.