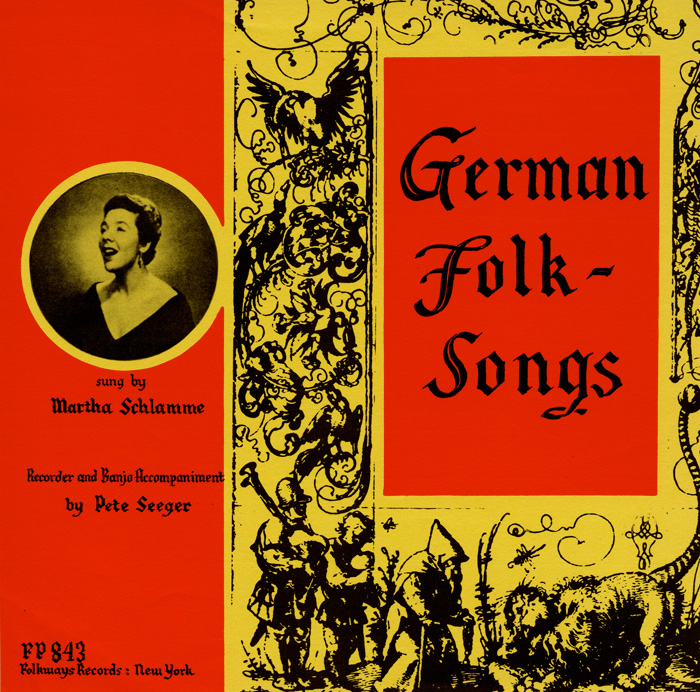 Internationally renowned folk artist Martha Schlamme sings German folk songs and is accompanied on recorder and banjo by Pete Seeger. Born in Vienna, Schlamme confesses that bringing the folk literature of her native tongue into her performing repertoire (of hundreds of songs spanning fourteen languages) was a struggle: “Like many other victims of Nazi persecution I found it difficult to sing or think sympathetically of a land which brought back memories of the murder of my people and of those others who dared to speak out for sanity. In growing close to songs from many lands, however, I learned that the music of the people often represents the flowering of the best in any land.”