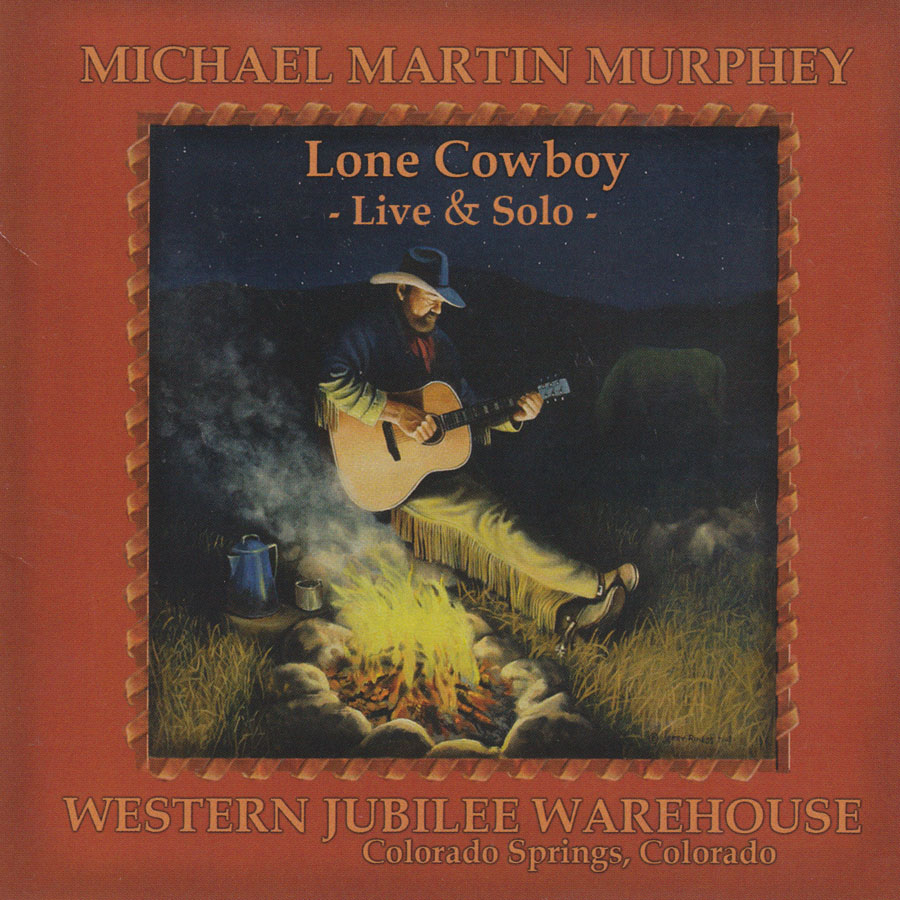 View Cart CD $14.98
View Cart Digital Download $9.99
Recorded live at the Western Jubilee Warehouse in Colorado Springs, Lone Cowboy is the first album in country star Michael Martin Murphey’s decades-spanning career to feature him as the sole performer. As such, it paints a uniquely intimate and engaging portrait of Murphey's songwriting and musicianship. Lone Cowboy’s eleven tracks are Murphey’s original songs or arrangements, including several favorites from throughout his career and a centerpiece solo performance of Murphey’s most acclaimed composition, “Wildfire.”