Music of the Sioux and the Navajo 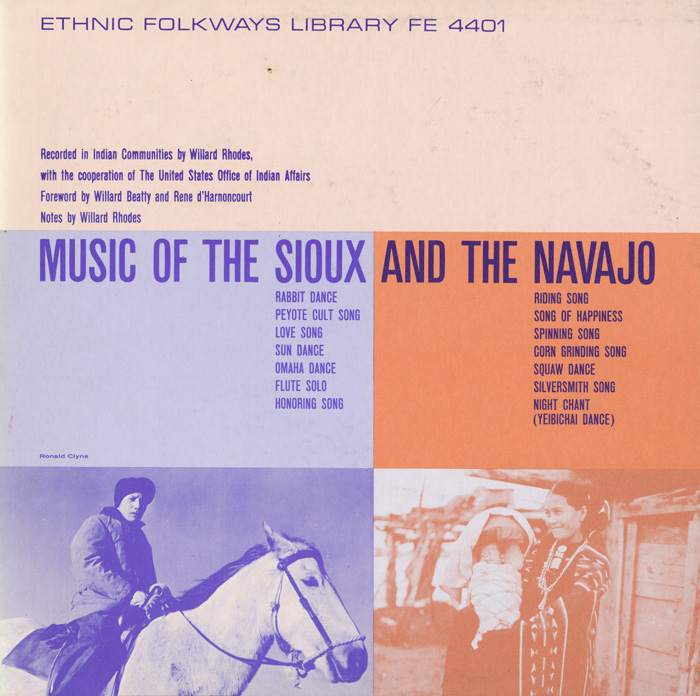 This 1949 album was recorded by American ethnomusicologist Willard Rhodes (190—1992) with the cooperation of The United States Office of Indian Affairs. The selection from the Sioux community of the Dakotas include a Rabbit Dance and other love songs, a Sun Dance, and an Honoring (or public recognition) Song. The Navajo tribes of the Southwest are highlighted through songs such as a Riding Song, a children’s Song of Happiness, a female Spinning Dance, and the distinctive Night Chant, sung in male falsetto. Rhodes provided an introductory essay and track notes.