Natividad "Nati" Cano was born July 23, 1933 in Ahuisculco, Jalisco, a small rural town outside of Guadalajara, Mexico, Nati learned to play the vihuela, a small five-stringed guitar, from his father at age six. By eight Nati was playing professionally in cantinas with his father and grandfather. After studying the violin in the Academia de Música in Guadalajara for six years, Nati moved to Mexicali in 1950 to play with Mariachi Chapala.

Nati longed to bring traditional mariachi to a widespread audience of different tastes, and thus relocated to Los Angeles and eventually joined the Million Dollar Theatre's Mariachi Águila. In 1961 he was offered the directorship of the group, which he transformed into Mariachi Los Camperos. Blending the older, traditional rhythms of mariachi music with the complex harmonies of American and Mexican popular music, Nati revolutionized and popularized the mariachi sound as well as its appearance by adding white jacket uniforms and choreographed movement.

Nati is constantly driven and never satisfied. He is a disciplined musician who expects the same discipline from everyone in his group. He pushed the boundaries of mariachi music while touring throughout the western USA and eventually opened his own restaurant on Wilshire Boulevard in Los Angeles, La Fonda de Los Camperos, where Nati Cano's Mariachi Los Camperos are featured performers.

With the growth of the Latino populations in the USA, Nati Cano's Mariachi Los Camperos has enjoyed great success over the past thirty-five years. Touring nationally with Linda Ronstadt and the great success of her recording Canciones de mi Padre (1987), on which the Camperos were featurecd, boosted the group's popularity nationwide. In 1989, Cano received the National Heritage Fellowship of the National Endowment for the Arts, the USA government's highest honor in traditional arts.

In 2002, Smithsonian Folkways Recordings proudly produced ¡Viva el Mariachi!, a compilation of the Camperos' recordings from the 1990s. The CD sold out at the 2004 Smithsonian Folklife Festival where Nati's group was featured as part of the Nuestra Música program. The group has been an integral part of developing mariachi programs in schools, creating widespread success of mariachi festivals throughout the southwest U.S., and bringing mariachi the respect it deserves. Look out for a new studio recording of Nati Cano's Mariachi Los Camperos, due to come out in 2005 from Smithsonian Folkways Recordings.

In 1989, Cano received the National Heritage Fellowship of the National Endowment for the Arts, the USA government's highest honor in traditional arts. 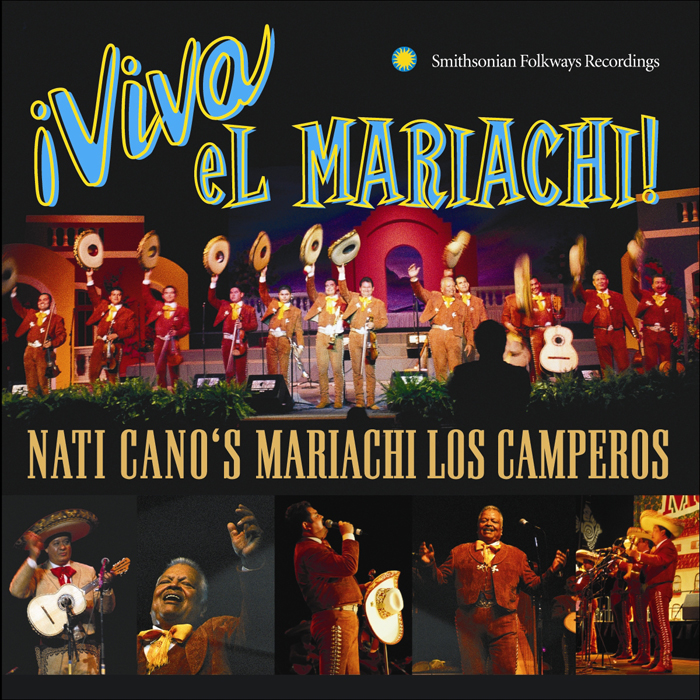