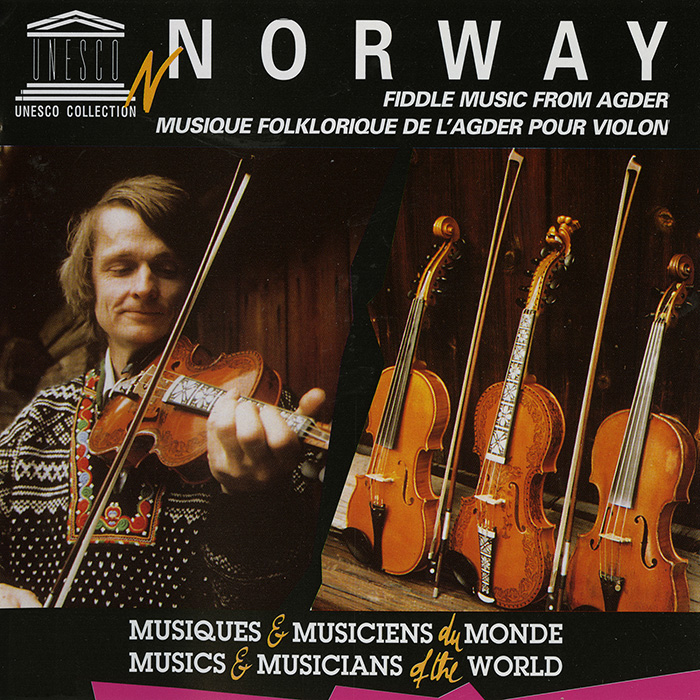 View Cart Custom CD $16.98
View Cart Digital Download $9.99
The hardingfele (fiddle from Hardanger) has been the principal stringed instrument of the fiddle tradition in the region of Agder in southernmost Norway since the 20th century. Similar in design to a violin, the hardingfele has four strings that are bowed and four or five understrings, or sympathetic strings, creating an echo-like sound.This recording provides examples of the history and variation of violin music in Norway. Of interest are the distinct differences in sound between the fiddle, the hardingfele, and the lesser known setedalsfele (a cross between a hardingfele and violin, named after the Setesdal district). Vidar Lande performs traditional Norwegian dance pieces such as gangar, sprigar, and halling and the newer gammeldans songs (old-time dance) such as waltz and polkas. Lande grew up in Agdar and Bygland and learned to play the hardingfele from his uncle. His interest in native Norwegian fiddle music has resulted in his transcription and preservation of songs of this unique style of music.The liner notes give historical and technical information about each song.