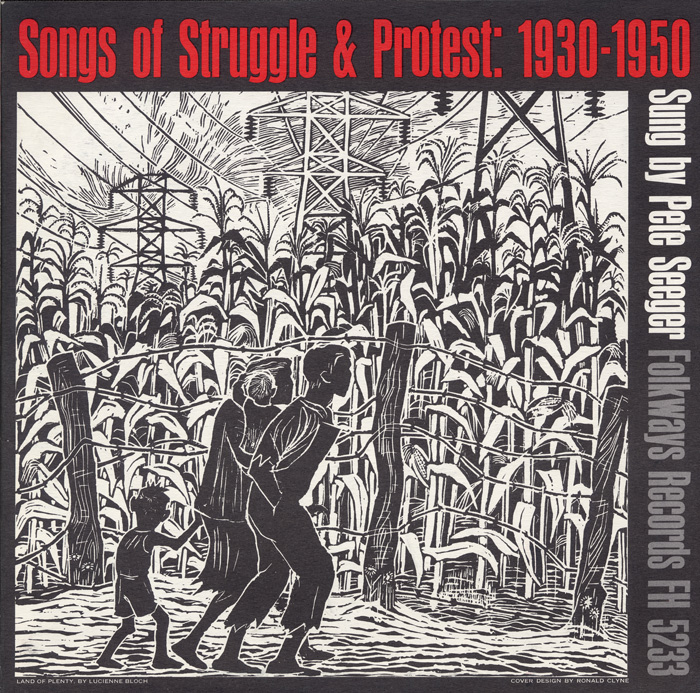 View Cart Custom CD $16.98
View Cart Digital Download $9.99
Pete Seeger recorded Songs of Struggle and Protest on Folkways Records in 1964, just three years after testifying before the House of Un-American Activities Committee and during the height of his blacklist status. The songs have a rich history - some are written by Woody Guthrie and The Almanac Singers, a group of folk musicians who often sang for worker’s rights, and others hearken back to the Wobblies (The Industrial Workers of the World) who unionized in 1905. They are the very sorts of songs that got Pete blacklisted - songs of common humanity, struggle, and protest.

He is known for having an enduring optimism and commitment, and the track "I Don’t Want Your Millions, Mister" illustrates Seeger’s talent to lead a crowd in song. Detailed liner notes contain lyrics, historical, and contextual information for many songs. Before you listen, consider this quote from his trial transcripts: "I am proud of the fact that my songs seem to cut across and find perhaps a unifying thing, basic humanity."