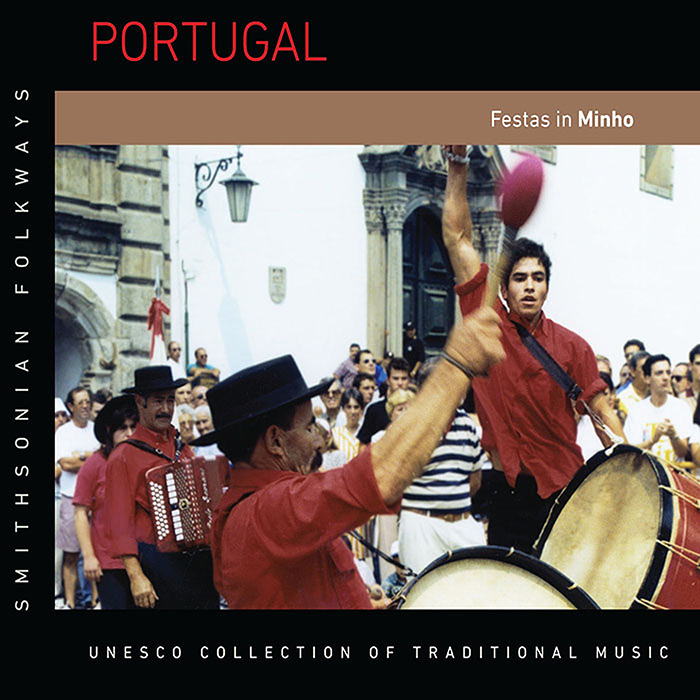 These 1998 on-site recordings of two pilgrimages in northwestern Portugal capture the rich and varied music of the streets, squares, and pilgrimage sites of the Minho region at the end of the 20th century. Percussion ensembles, brass bands, intricate poetry and sung poetic competitions, concertina and stringed instrument-based ensembles, and the strong sound of women’s voices are all characteristic of this region of Portugal. Recorded and annotated by Portuguese scholars whose album notes provide background information and translations for many of the songs. 58 minutes, 30-page notes. Previously unreleased.