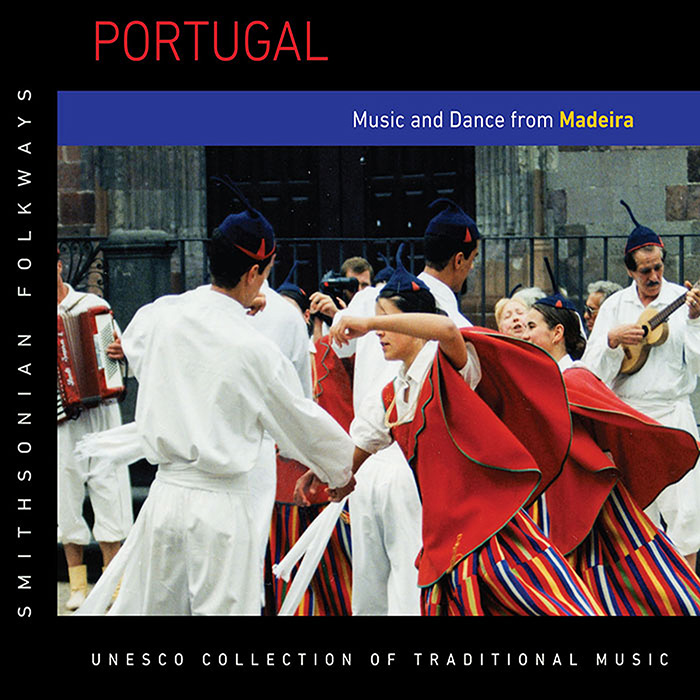 Part of Portugal since its discovery in the early 15th century, Madeira developed music, dance, and festival traditions that reflect and shape its history and social life. Political and economic changes since the 1970s have stimulated a renewed appreciation of local traditions that are researched and performed today by many grassroots folk groups, such as the one featured here. From the dramatic opening track of unaccompanied work calls to an old tragic ballad, song duels, dance songs, and instrumentals featuring a variety of local instruments, these sparkling and startling 1996–1997 recordings display the unique and enduring musical legacy of a disappearing rural life and the vigor of urban life. Produced and annotated through a collaboration of the Universidade Nova de Lisboa and the Associação Musical e Cultural Xarabanda in Madeira. 54 minutes, 38-page booklet. Previously unreleased.