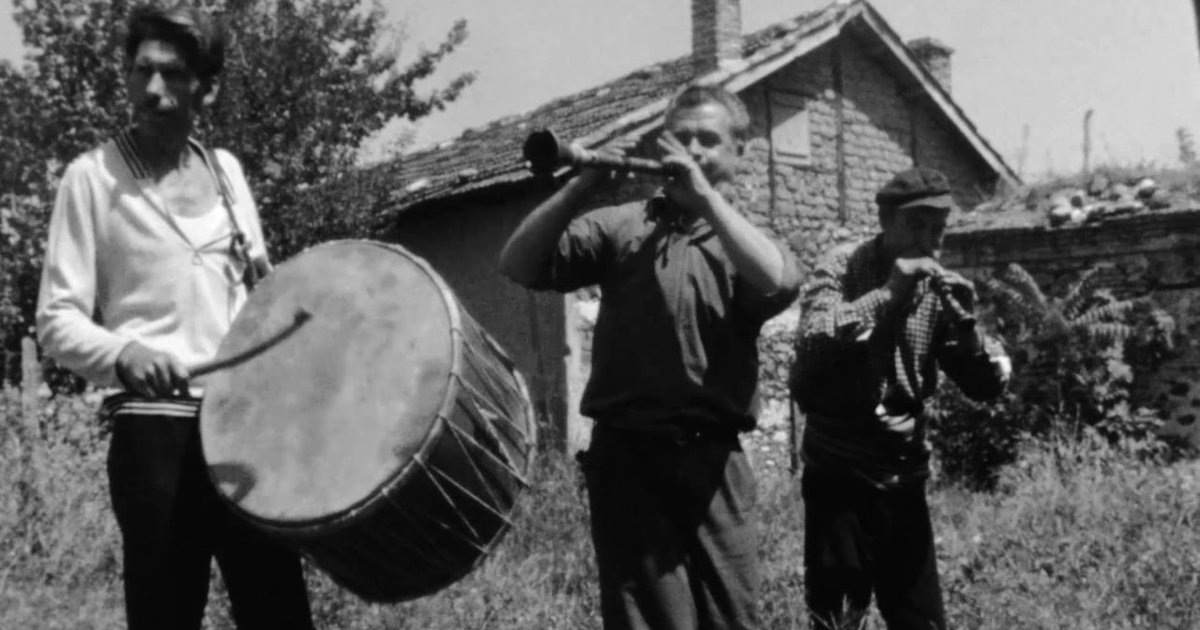 In 1968, folklorist Martin Koenig traveled to Gevgelija, Macedonia, on the Greek-Macedonian border to record a local Romani band. In this rare footage, Koenig filmed the group improvising on zurli and tapan.

As Koenig’s sound man wasn’t available at the time of filming, the footage remained silent until 2015, when Koenig asked Milaim Destanovski, a Romani musician from a nearby town, to view the film and reconstruct what the band had played.

Related Album
Playing ’Til Your Soul Comes Out! Music of Macedonia