Readings from Tacitus: Read in Latin by John F.C. Richards 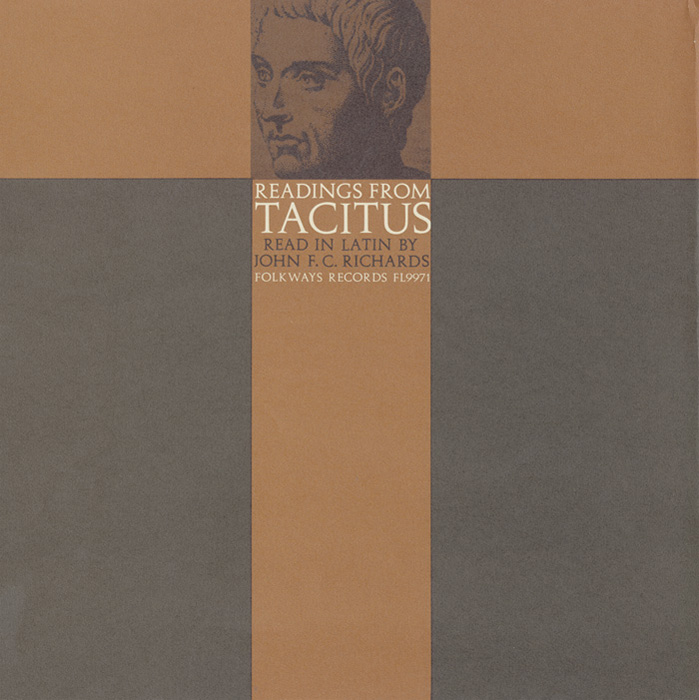 View Cart Custom CD $16.98
View Cart Digital Download $9.99
Publius (or Gaius) Cornelius Tacitus (c. AD 56–c. AD 120) was a senator and an historian of the Roman Empire. The surviving portions of his two major works—the Annals and the Histories—examine the reigns of the Roman emperors Tiberius, Claudius, Nero, and those who reigned in the Year of the Four Emperors (AD 69). In this recording, John F. C. Richards, a professor of Greek and Latin at Columbia University, reads selections from these two works in Latin. This is one of ten albums recorded by Richards for Folkways Records. The liner notes contain the Latin texts and English translations.