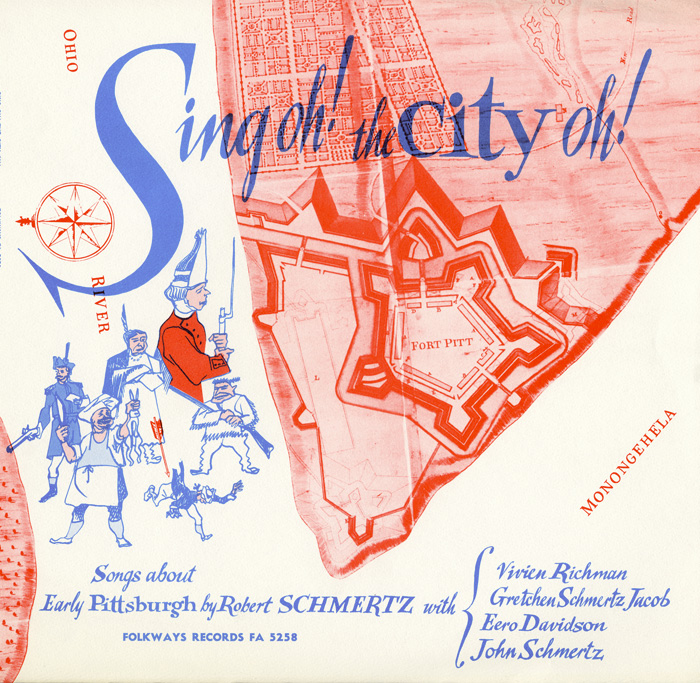 In 1959, banjo player, composer, singer, and college professor Robert Schmertz recorded an album of original songs commemorating the 200th anniversary of the founding of Pittsburgh at the point where the Allegheny and Monongahela Rivers join to create the Ohio River. The French built Fort Duquesne at the strategic location in 1754; in 1758 the British took control and promptly built a new fort they called Fort Pitt. Schmertz’s songs celebrate Pittsburgh’s early history as a British outpost on the frontier. His daughter, Gretchen, a singer, and son Jack, a flautist and piccolo player, along with singer Vivien Richman (who has also recorded for Folkways), cellist Eero Davidson and his banjo-playing son Jo, join Schmertz in the recording.