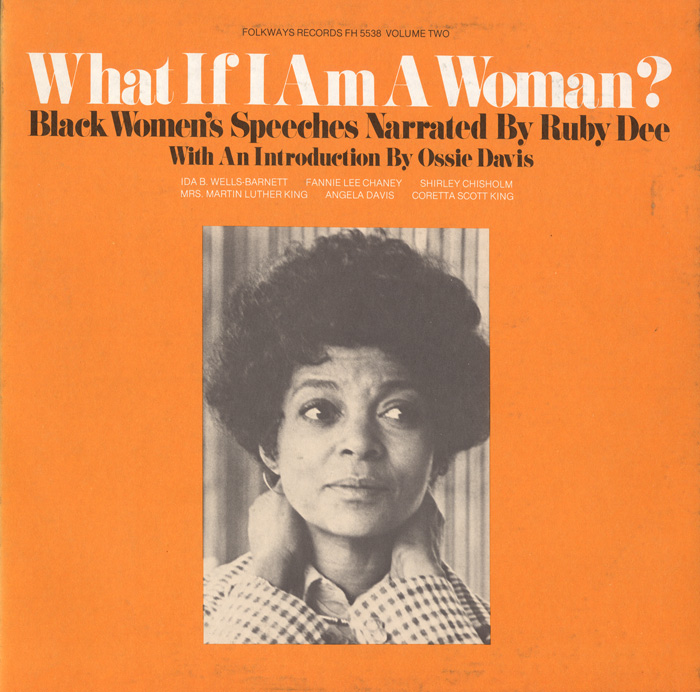 Volume two of a series of speeches and essays written by America’s most important and influential African-American women focuses here on 20th century activists. Readings include a letter that UCLA professor and self-proclaimed Communist Angela Davis wrote from prison, where she was held on a charge of being an accomplice to murder. She intelligently defends what she believes in and why, standing for her rights to a fair trial. Liner notes with speaker’s backgrounds and transcriptions included.(See also FW05537 What If I Am A Woman? Vol. 1)