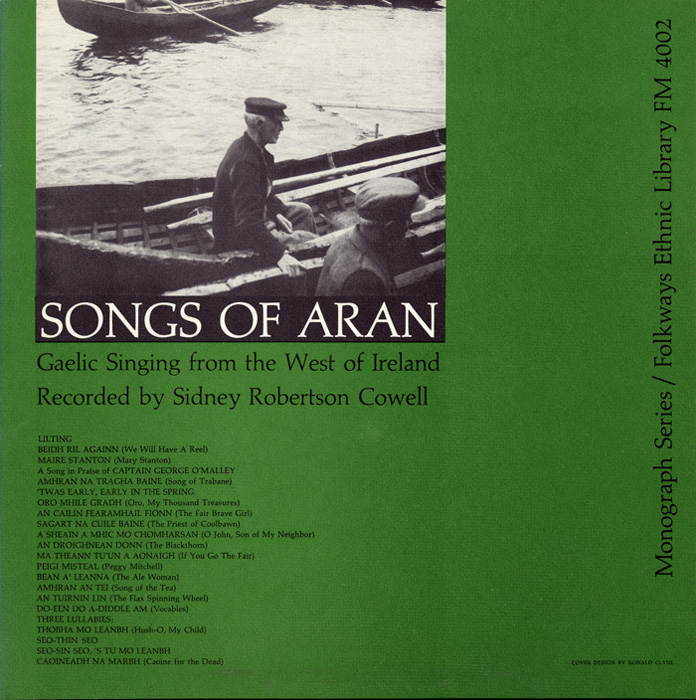 View Cart Custom CD $16.98
View Cart Digital Download $9.99
This 1957 field recording, Songs of Aran, documents some of the vocal traditions of the Aran Islands, located off of the west coast of Ireland. Sung for the most part in Irish Gaelic, these songs bring to life the barren and sparsely populated islands of Inishmore, Inisheer, and Inishmaan. Included are lullabies, songs to accompany spinning, and two Irish "Caoines," traditional expressions of grief characterized by wailing or crying. Extensive and affectionate liner notes paint a portrait of the island' cultural history, the people, and the music. Among the performers are Margaret Dirrane, one of the lead characters in the noted 1934 film Man of Aran, and her son Sean.