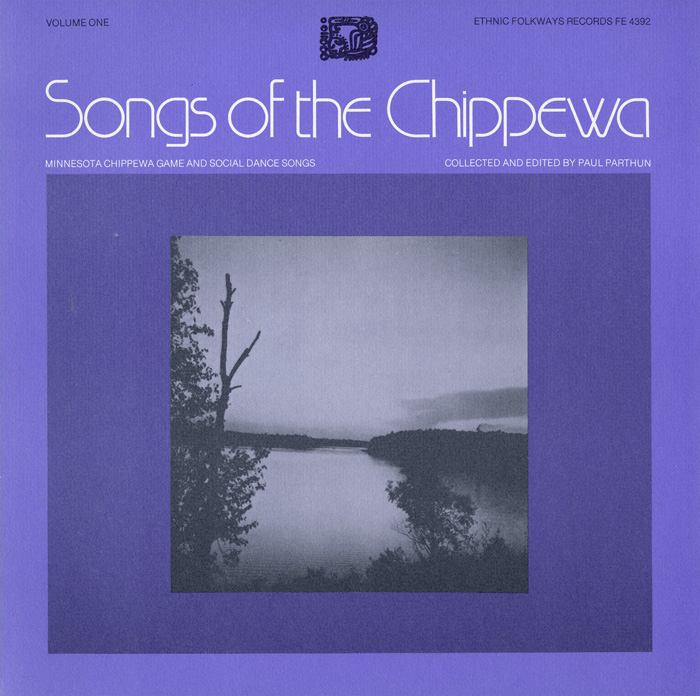 View Cart Custom CD $16.98
View Cart Digital Download $9.99
The Chippewa (Ojibwe) occupy the largest area in tribal North America, spanning from Ontario and Michigan in the east to Minnesota in the west. This album focuses on the Chippewa people of Minnesota, who were first studied by Frances Densmore and Frederick Burton in the early 1900s. Densmore was interested in preserving the songs of the older singers, especially since such songs were more at risk of being lost. The music on this recording falls into three categories: moccasin game songs, social dance songs, and pow-wow songs. Liner notes include several photographs, a background to the Chippewa culture, and transcriptions of melodies heard on the recording.