Get on Board: Negro Folksongs by the Folkmasters 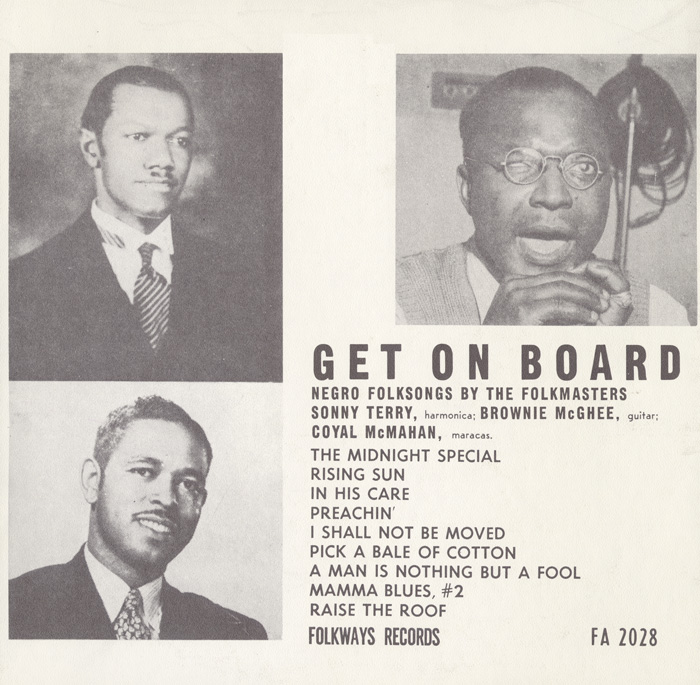 View Cart Custom CD $16.98
View Cart Digital Download $8.91
This album by harmonica player Sonny Terry and guitarist Brownie McGhee, with Coyal McMahan on maracas features traditional blues songs, spirituals, and originals by the three singer-instrumentalists. Each musician has his own distinctive style, and together they create a sound that is simultaneously melancholy and joyful.