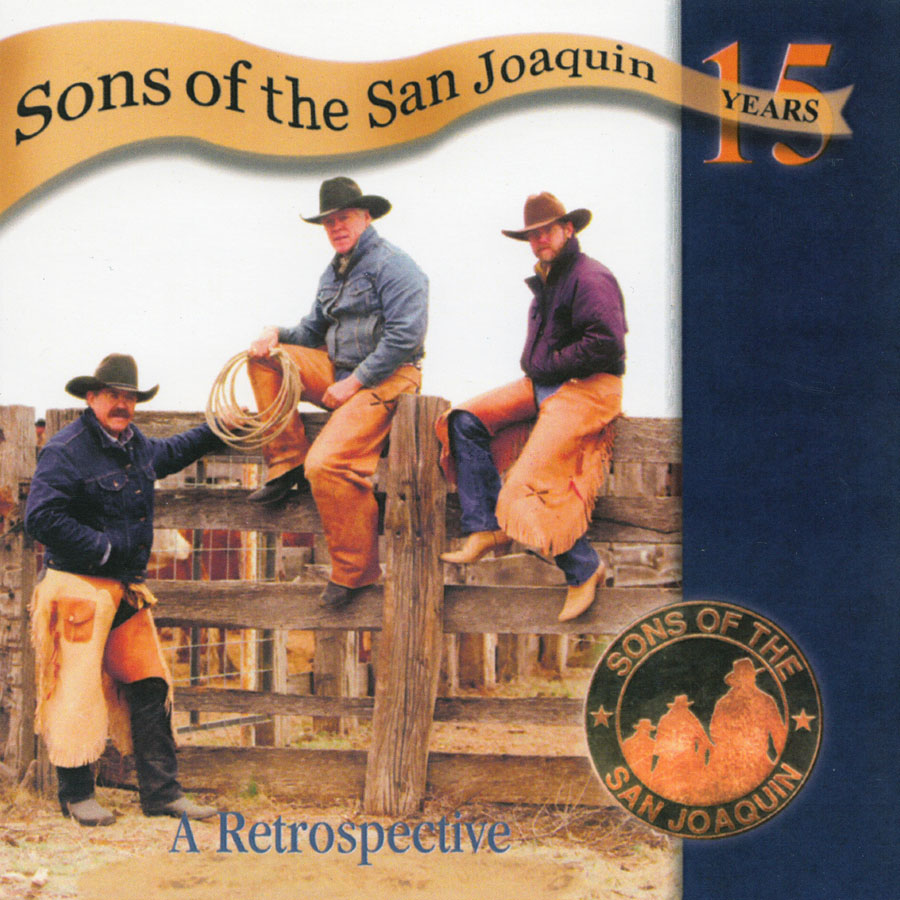 View Cart CD $14.98
View Cart Digital Download $9.99
Originally released in 2002 by the Western Jubilee Recording Company, this retrospective compilation celebrates the cowboy family band Sons of the San Joaquin fifteen years into their career. Made up of brothers Joe and Jack Hannah and Joe’s son Lon, Sons of the San Joaquin are distinguished by their three-part singing style evocative of early Western singing groups. Notably, Roy Rogers described them as "the only singing group alive who I feel sound like the original Sons of the Pioneers.” Featured on this collection are thirteen remastered versions of songs appearing on the group’s earlier albums, and three previously unreleased songs including two Jack Hannah originals and the ethereal cowboy classic “Ghost Riders in the Sky.”