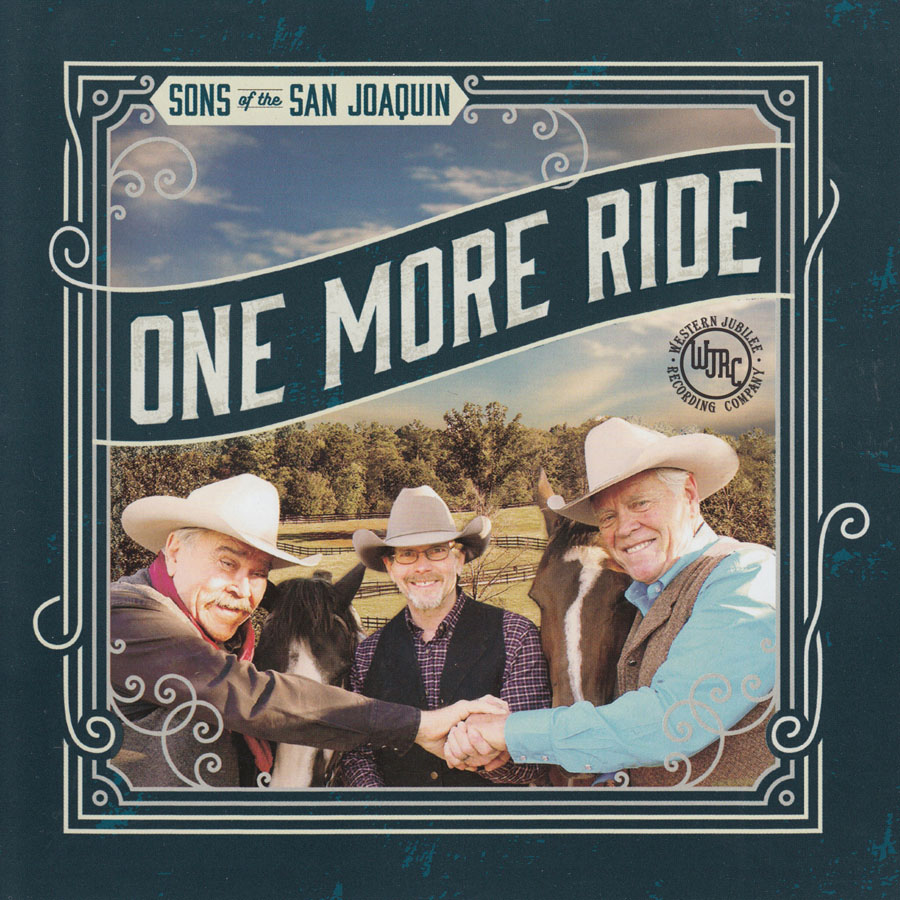 One More Ride is the final release from cowboy family band Sons of the San Joaquin, a group composed of brothers Jack and Joe Hannah and Joe’s son Lon. Marking the end of a nearly three-decade-long career performing cowboy songs, One More Ride is a special, sentimental addition to the group’s discography and represents recordings from sessions spanning the years 1996 to 2016. Filled with Jack Hannah’s original songwriting—alongside classic songs from the likes of Bob Nolan and Stan Jones—the twelve selections on this release send the band off on a true high note, riding west towards the sunset. One More Ride was originally released by the Western Jubilee Recording Company in 2017.