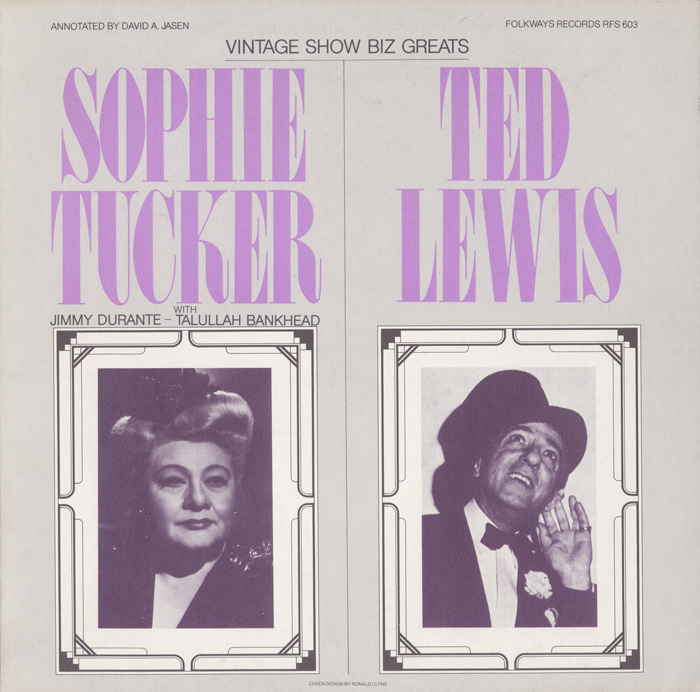 View Cart Custom CD $16.98
Beloved singer and actress Sophie Tucker began her career with the Ziegfield Follies and moved onward to become a valued guest star on Broadway, in radio, and on television. Ted Lewis, a jazz clarinetist, followed a similar career path from vaudeville to Broadway. This selection of routines includes Tucker's television debut.