Bunkhouse and Forecastle Songs of the Northwest 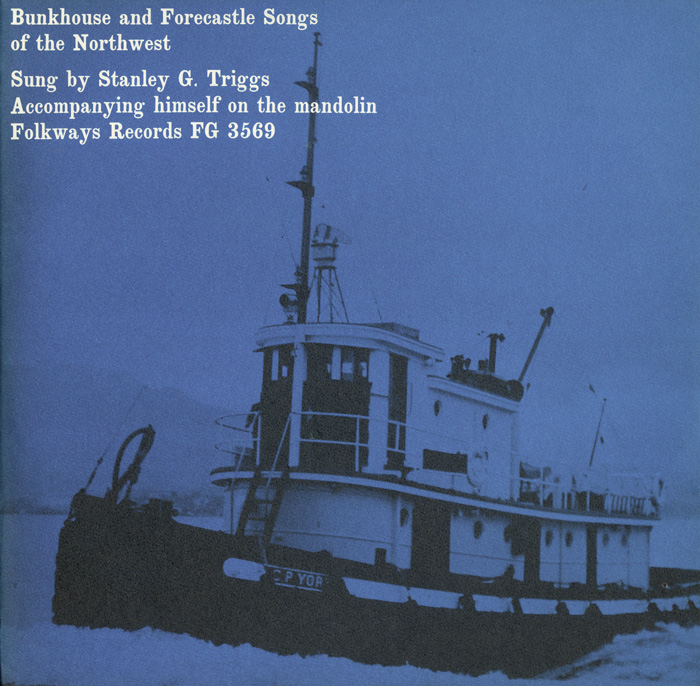 For many years working a variety of jobs in British Columbia construction camps, railroad gangs, logging and tugboat crews—Stanley G. Triggs’s resume would make any outdoorsman proud. Add folk singer and mandolin player to the list, and you have all the ingredients for Bunkhouse and Forecastle Songs of the Northwest. Triggs eventually turned to photography and music-making for his living, but the repertoire he performed consisted mainly of those “folk” songs he had heard and sung in the logging and construction camps. He became a part of Vancouver’s folk revival scene, and someone suggested that he send a demo tape to Sam Gesser, a Canadian producer for Folkways Records.

The tracks featured on this album are drawn from Triggs’s experiences, and were still commonly heard in the camps at the time of the recording. Liner notes include lyrics and notes on the songs, illustrated with some of Triggs’s original photographs of the Canadian Northwest.