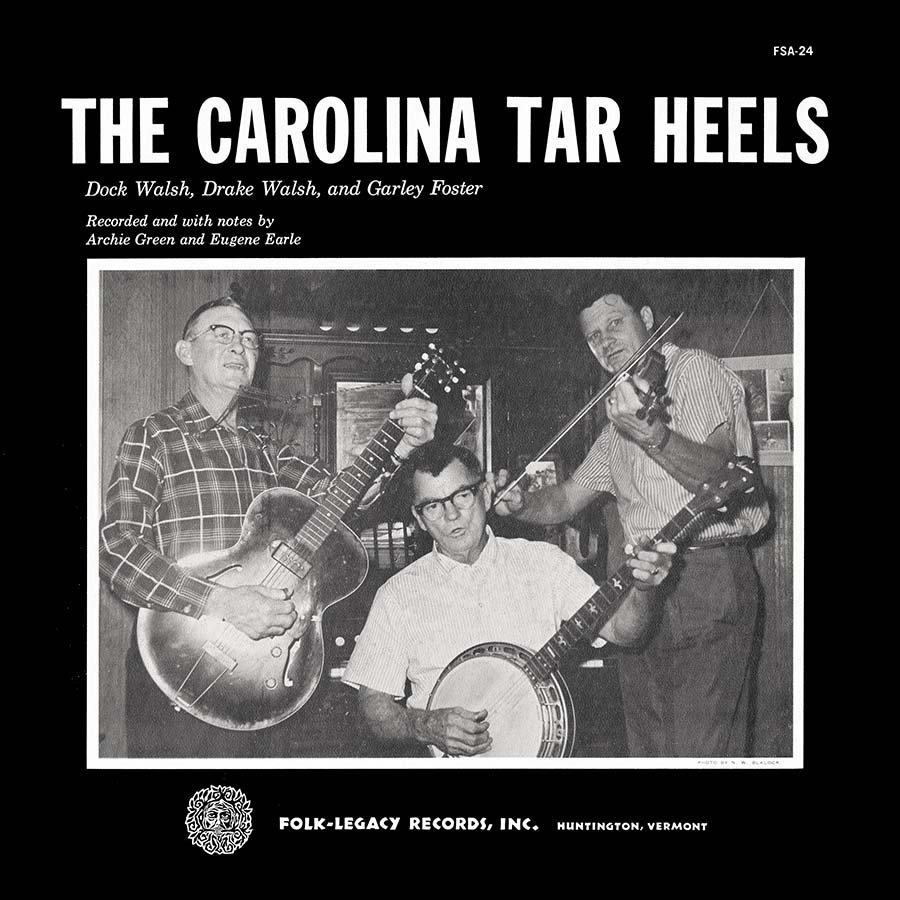 The first incarnation of the Carolina Tar Heels, featuring the group’s mainstay, Dock Walsh, first performed and was recorded in the late 1920s. Featuring a shifting line-up in the coming years, a recording of Walsh and company, billed as the Tar Heels, was featured on the groundbreaking 1952 compilation the Anthology of American Folk Music. On this recording, originally released by Folk-Legacy Records in 1962, Walsh is joined by his son Drake and longtime collaborator Garley Foster for a program of old-time music and Appalachian folk songs. In addition to four original compositions, the 17 tracks have Anglo-American or African American origins, reflecting the context of “race records” and “hillbilly music” surrounding the group’s first performances decades earlier. Filled with feeling, this collection stands in good company with other great Appalachian field recordings of the era, and is a special title in Folk-Legacy's early catalog. Extensive liner notes include comments detailing the history of the group and songs.