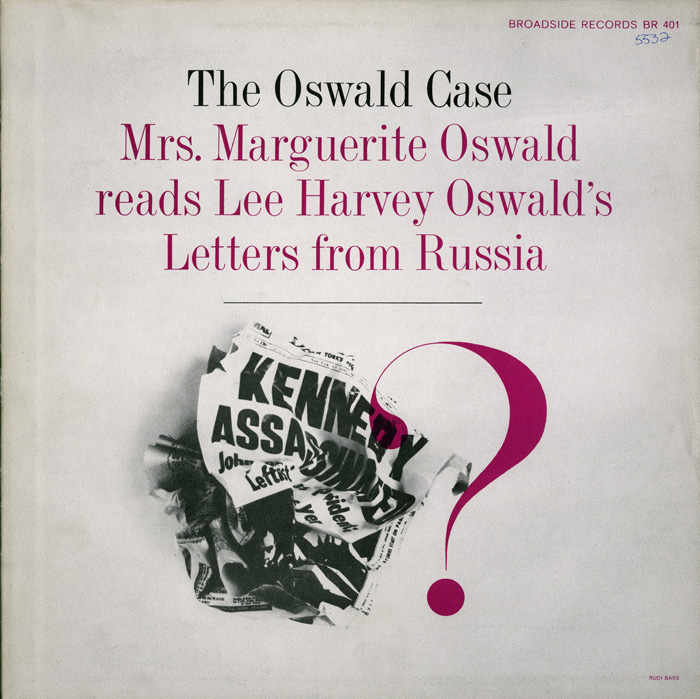 Lee Harvey Oswald, accused assassin of President John F. Kennedy, was born in New Orleans on October 18th, 1939. Oswald spent his formative years moving from one place to another, living in 22 U.S. cities and attending a dozen schools before joining the Marines at age 17. After three years of service in Japan, the Philippines, and California, Oswald received a hardship discharge, due to his mother’s poor health in New Orleans, and defected to Minsk in the Soviet Union. The letters presented here by Marguerite Oswald, Lee’s mother, were written during the time Oswald worked at a radio factory in Minsk. In Addition to reading Lee’s letters, Marguerite Oswald discusses her own life and her son’s. Recorded a year after the assassination of John F. Kennedy and the subsequent death of Lee Harvey Oswald at age 24, The Oswald Case is Marguerite Oswald's attempt at capturing a side of her son the general public had never seen.

Liner notes include Oswald’s original letters to his mother along with typed transcripts and photography by Diane Arbus.