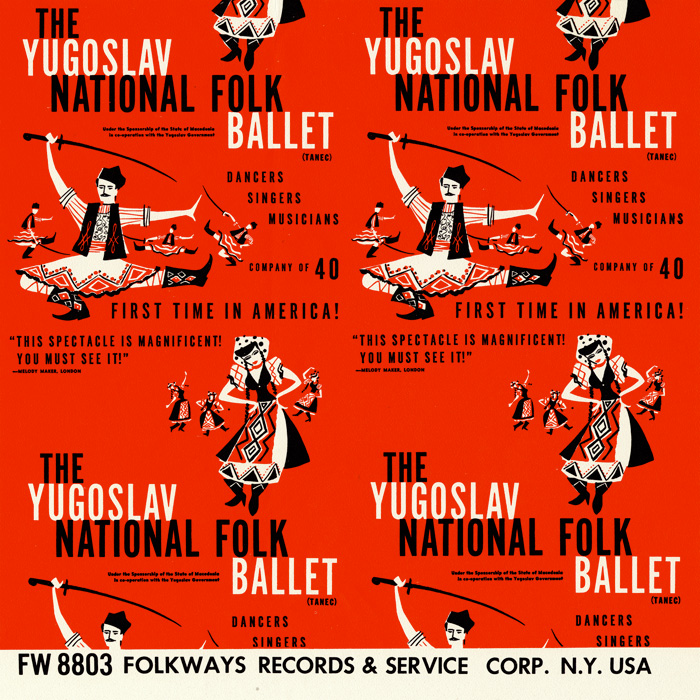 The former nation of Yugoslavia was composed of six republics (Bosnia and Herzegovina, Croatia, Macedonia, Montenegro, Serbia, and Slovenia) and existed from 1918 until its gradual dissolution beginning in the 1990s. In 1956, the Yugoslav National Folk Ballet toured the United States for the first time. This recording features songs and dance music of three of the regional cultural folk groups (Serbian, Macedonian, and Croatian) that comprised Yugoslavia at the time.