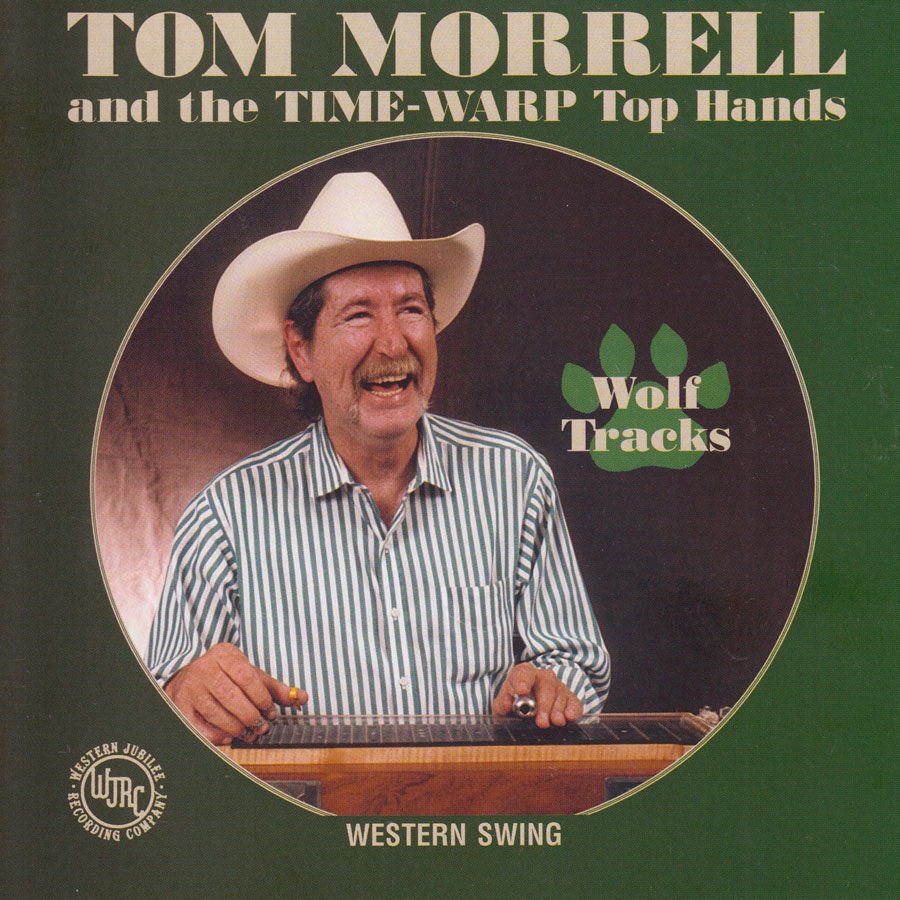 View Cart CD $14.98
View Cart Digital Download $9.99
Western swing emerged in the American Southwest during the 1920s as a hybrid genre, synthesizing popular jazz music with the diverse traditional styles of the region. As such, much of the style ultimately derives from Appalachian, Mexican, German, Czech, and African American origins. Often played in dance clubs, the genre reached its height in the 1940s, though its popularity declined in the coming years. On Wolf Tracks, released in 1999 by the Western Jubilee Recording Company, non-pedal steel guitar virtuoso Tom Morrell revives the genre with his aptly named group, the Time-Warp Top Hands. According to cowboy guitar star Rich O’Brien, in their twelve selections Morrell and company “gave Western swing a new lease on life,” breathing fresh air into a long-dormant style.