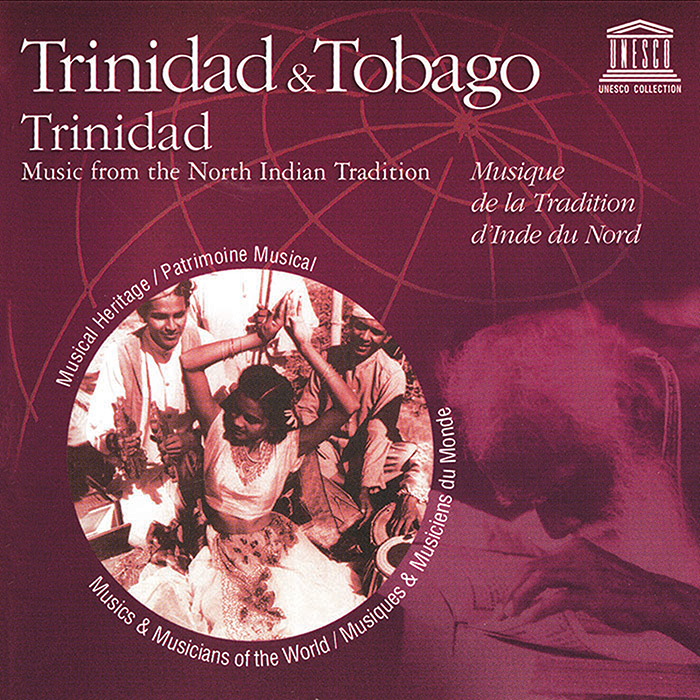 View Cart Custom CD $16.98
View Cart Digital Download $9.99
According to a 2011 census report issued by the government of Trinidad and Tobago, approximately one-third of the residents of the island of Trinidad identify themselves as being of East Indian descent. Brought to Trinidad primarily from the northern Indian states of Bihar and Uttar Pradesh by the British during the 19th century to serve as field hands, servants, and laborers, they also brought their culture, traditions, faith, and music. This 1994 field recording presents examples from traditional Indian secular and religious music, some of which is vanishing from the culture, to the genre of chutney, a new music form emerging in the Indo-Trinidadian community. The liner notes were written by Dr. Laxmi G. Tewari, director of the World Music Program at Sonoma State University. This album is part of the UNESCO Collection of Traditional Music.