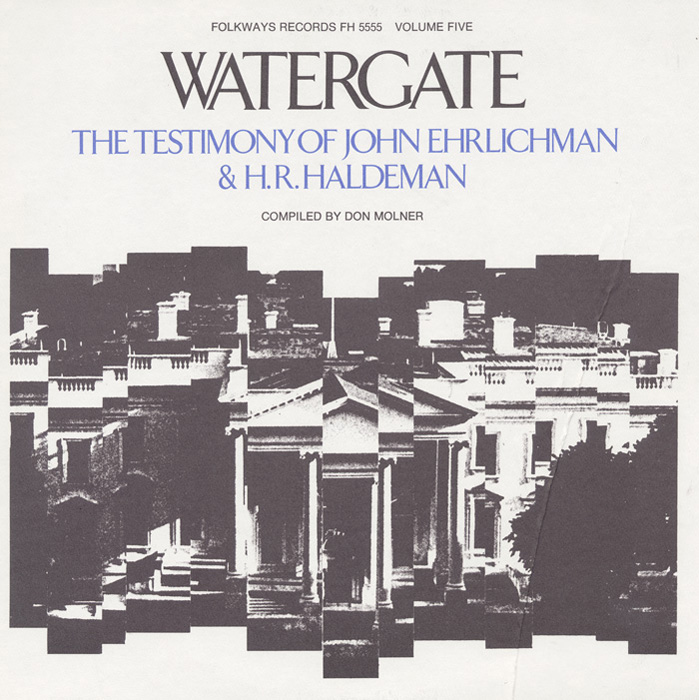 View Cart Custom CD $16.98
View Cart Digital Download $9.99
Released in 1975, the fifth volume in the Folkways Watergate Series contains the testimony of two central figures in the scandal’s unfolding: White House counsel John Ehrlichman and Nixon’s chief-of-staff, H. R. Haldeman. Known around Washington as the “tyrannical duo,” Ehrlichman and Haldeman surprised audiences at the 1973 Senate hearing with their calm testimony, though they were vehement in their defense of President Nixon’s actions. In the recording Ehrlichman refutes John Dean’s testimony (found on Watergate: Vol. 3, FW05553) that Nixon’s inner circle was permeated by paranoia and fear. Similarly, Haldeman contends that “at no time, nor in any way, did [Nixon] suggest, direct or participate in any cover-up of the Watergate investigation.” Liner notes provide context for and a brief summary of the pair’s appearance before the Senate committee.